Shanghai China Weather and the City 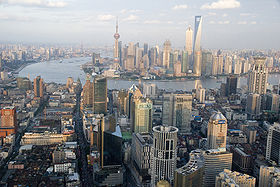 Originally a prosperous city with the opening of China in the 19th century due to its favorable harborage, the Japanese invasion, and later the Communist overthrow of the Chiang Kai Shek government put it on hiatus for fifty years.

The modernization programs within China in the 1980s led to the boom of the 1990s, and the increasing attempts at globalization. And this turned Shanghai into the busiest port city in the world.

Shanghai, like most of urban China, is powered by coal fired plants. Chinese emission standards for coal fired plants have been much more lax than those in the US and Western Europe, and this has caused climate and special Shanghai weather issues.

The Shanghai China weather, climate and geography depend on an alluvial plain coming from the Yangtse river, and the city is on very flat ground. Soft ground which means that large buildings need deep pilings to avoid sinking into the earth. The city's location on this flood plain at the gap between an island and a peninsula is what made Shanghai a wonderful harbor. It also tends to protect the city from the worst of the typhoons coming off the Pacific.

These also mean that Shanghai's smog days are pretty bad. While not as bad as Beijing, Shanghai's air quality is usually worse than Los Angeles, and the cities with the ten worst air quality days for the last decade have most often been in China. Shanghai is usually at the middle of those lists.

The eastern frontage means that a lot of the weather is driven by hot moist air coming off of the ocean, particularly in the summer monsoon season. This makes the two best times to visit the city spring and autumn, with spring having wildly variable weather, and autumn becoming cool and dry – Shanghai's wind patterns in autumn also shift the pollution out to sea a bit more readily and make the city more pleasant. 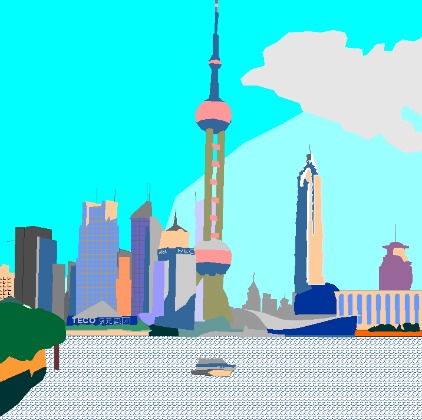 Like most heavily urbanized areas, the climate of Shanghai is driven in large part by accommodations for the automobileThere's a lot more blacktop and asphalt grabbing sunlight and re-radiating it into the atmosphere, and a lot more cars on the street putting out hot gasses.

These have had a micro climate effect and, when preparing a weather forecast for Shanghai, may make it easier to predict rainfall from traffic patterns than from barometric measurements, similar to what happens in any large city, and Shanghai's metroplex area has 22 million people, making it one of the largest urban complexes in the world.

Even so, if you want to visit China, Shanghai is a nice place to start. It is very Westerner-friendly, and has a wealth of cultural treasures to visit.

It also has the most vibrant construction boom in the world going on, with lots of new skyscrapers going up. That may also alter the Shanghai China Weather. Eventually.

Go back from Shanghai China Weather to the China Air Pollution web page or visit the Stuff in the Air homepage.