Use a Weather Map when Chasing Storms

We know meteorologists spend a great deal of time chasing storms and systems across their weather maps. 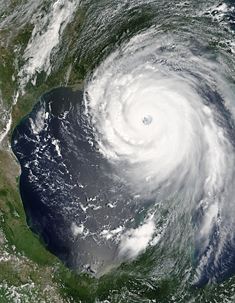 What are they doing?  They engage in analysis of mid-tropospheric circulation things that typically happen at elevations between 10 and 20 thousand feet above sea-level. And the maps help them complete these tasks.

Routine operational maps portray the state of the atmosphere at standardized levels in the upper atmosphere.  Altitude levels that correspond with air pressures of 85, 70, 50 and 25 kiloPascals.

Here, the mid-latitude prevailing westerly winds come into view as everything moves eastward normally. Then we may see calm, clear areas chasing storms along streamlines on the map.

Changes in our weather normally correspond with bumps or waves on these long continuous curves.  Meteorologists deal with a range of altitudes where nearly all horizontal motion in the air consists of systems which follow features such as storms and slide across the either the upper-air or the surface weather map. They call this transformation. And systems at these altitudes have a minimum change in size over time and distance.

Technically we call this the level of non-divergence, the LND. And it happens about halfway up the troposphere, the lowest major layer of the atmosphere.

Formally, the World Meteorological Organization has set this vertical level at 50 kPa, also known as 500 millibars, which is about 20,000 feet above sea level.  This convenient level is used because air moving up or down can continue moving up or down easily without being constrained by boundaries such as the earth's surface or the tropopause, either of which would require vertically-moving air to change to a horizontal direction .

Wouldn't it be cool to get your pilot's license and chase storms in a plane. It might be better to use a rented one.

You might see how many different ways air can flow.  To help you figure out how to read meteorological weather maps with their curves and special symbols, try to understand these four quantities used to describe flow characteristics: 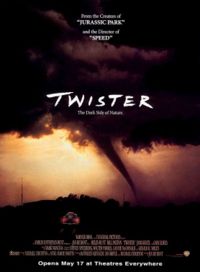 1) Translation – chasing storms horizontally across the map. Storms move from one location to another,
2) Deformation – change in shape, similar to squeezing a ball of dough without altering its size. Weather systems change shape all the time and like other fluid bodies, they can be quite malleable and ductile.
3) Divergence (and convergence) – spreading out and increasing (or decreasing) a parcel's flow area, or apparent size. This one relates to changes in a storm's intensity, and
4) Vorticity – rotation about a vertical axis, which may also be moving.  Vorticity tends to be a good indicator of precipitation intensity. It may also lead to tornadoes.

A good fictional film about weather people experimenting and chasing storms is Twister with Helen Hunt and Bill Paxton. See it sometime.

Seen it?  You can let us know your own thoughts on the this or any similar movie right here.  Keep reading afterwards for more on weather systems.

This movie captured the danger of a twister of any size. I was at a Jellystone campground on a sunny day and witnessed a waterspout-like dust devil strip …

I'm from Kansas, so my favorite weather related movie will always be The Wizard of Oz. I can't help it. This is programmed into us at birth. However, …

I loved the movie Twister.

I thought Twister was a great movie. It was also a good way to learn something you might otherwise not be interested in finding out about. The article …

never got a chance to watch it.

I have heard of the movie Twister but I never got a chance to watch it. It seems very interesting. I'm probably going to watch it. I think this is …

Also a great movie that i like is The Perfect Storm... they show you a real-life situation, and what must be done in a time like that. Barry's Response …

I thought it was good.

I watched the movie Twister a few times and I thought it was pretty decent. I remember another movie about tornadoes, I think it was called "Night of the …

Twister is a great movie that is both fun and informational. I think that people of all ages can enjoy the action in the movie, but also get a taste of …

Love the weather Not rated yet
Tornados have been becoming more of a problem for the entire southern US and the north border over to the north east. Hurricane Katrina reached all the …

I loved it. Not rated yet
Twister was a very intense movie. Iv'e watched it many many times. I would recommend it to people who havnt seen it. Great movie! Barry's Response …

weather movie Not rated yet
Absolutely LOVE any weather movie. As weather changes every single day we tend to take it for-granted. Barry's Response - Weather and natural disaster …

It was alright Not rated yet
My first impression was that the movie was very good. It was interesting, but the science was bad. The science, which was somewhat explained here, was …

Okay Not rated yet
Some of the science materials was completely made up, and fake but the acting wasn't bad. Barry's Response - It was about special effects as much …

Sometimes all four of the modifications mentioned above are happening to the same air parcel at the same time and moving with weather systems to make chasing storms more exciting and challenging.

Pressure related systems are defined at elevated levels on analytical and prognostic weather maps by the altitudes above sea level one must go until the ambient pressure decreases to the specified millibar level. Generally speaking, the height for each standard level decreases as you move toward the north or south pole.

For example, look at a North American map with USA weather contours at 500 millibars. Here you will see heights differing by 500 metres or more in different parts of the country. From a thermodynamic point of view, that makes sense. The colder surface based air following or chasing storms in mid latitudes is more dense, in grams per cubic metre than the warmer, more humid air found elsewhere.

Therefore, one should expect a sharper decrease in pressure with increasing altitude in these colder regions. Considering that the corresponding sea-level pressures do not differ too greatly.

It makes little difference whether we’re chasing storms by attending to a low spot on a height contour map like this one, or a minimum pressure area on a constant altitude map, such as our normal sea-level equivalent pressure maps used to show surface isobars and systems. The lows and highs shown on both types of maps behave in similar fashions.

Things to keep in mind. The flow goes counter-clockwise around a low and clockwise around a high in the northern hemisphere. Lows are associated with increased cloud, while highs are more often located near or in regions with clearer skies.

Want to dig deeper into this topic? Here are some other criteria to consider.

Apply the first law thermodynamics.
Weather balloons carry radiosondes, like the one in this photo, to gather data. You can use the first law of thermodynamics and other scientific principles to interpret this information. Of course the balloon relies on buoyancy to transport its instruments and keep them aloft.

Figure out Thunderstorm Cumulonimbus Clouds.
When you hear a thunderstorm, cumulonimbus clouds can not be too far away. Can we forecast them?

Here, I made it easy to link to this page.

Use an upper air map to help you with your storm-chasing.

How to figure out where storms will likely occur.