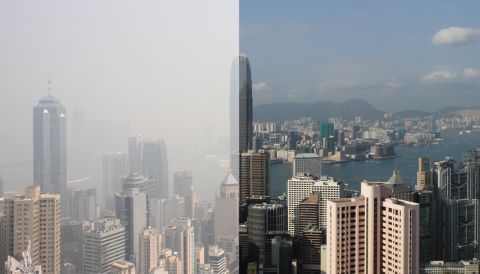 How does China air pollution differ from pollution in other parts of the world? When news of pollution happens, the spotlight usually shines on the United States.

The good ol' USA has this distinct title: The largest per capita consumer nation on the planet, and until recently, the largest producer of greenhouse gas emissions in the world.

However, that spotlight shines on the States because it's an easy target, with ready freedom of the press protected by law, and extensive environmental regulations, and the rule of law combating corporate cronyism to a fairly significant degree.

Indeed, many American and European citizens take pride in living green, even if those policies aren't exactly endorsed by their governments.

No Place to Hide

However, like you could see when examining crime statistics, it's not the polluters you can see that are the problem. It's the ones that have drawn a veil, and worked in places where governments will let them have a free hand, who cause the most damage.

One of those places is China. China has, in the last thirty years, doubled in the total amount of land area that qualifies as a desert. She has also lost a substantial amount of the forest cover on her land. This environmental change is causing people from the rural northwest part of China to seek new lives along the river network in the heart of the country, along the China air pollution central region, the new Industrial Corridor.

Unfortunately, the Industrial Corridor, most of which has factories built, or purchased from overseas and transported inland, is one of the major garbage pollution belts in China. Wastewater outlets are causing fish to die off and raising the incidences of liver, stomach and jaw cancers in people living in the villages near the factories to skyrocket. 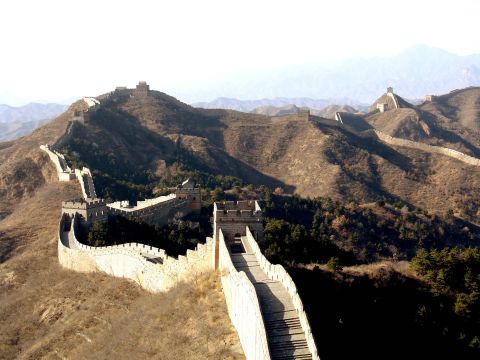 China's extensive effort to make rapid modernization and create industrialization has resulted in the need and means for the Three Gorges Dam, which provides hydroelectric power for much of Northern China. It's also displaced tens of millions of people who used to live, fish and farm along the Yangtze River, and caused more of the China air pollution and urban problems to expand.

While China is the manufacturer to watch in the world, it's also the largest consumer of illegally harvested timber. China's rapid pace of industrialization in the early 21st century meant that a new coal fired plant opened up roughly ever two weeks during this period in China.  Furthermore, China's coal mining operations are causing underground fires that spit out tonnes of CO2, carbon dioxide, every day.

China does not regulate environmental issues the way the Western world does; in a very real sense, China is trying to catch up with the West industrially, without paying the surcharge that environmental sustainability will impose.

This attitude created the Ten Year Boom, which culminated in increasing Beijing pollution and the 2008 Olympics, but also created an acid rain problem that impacts Korea and Japan while the soot and dust clouds of China air pollution sometimes reach the western United States and Canada.

There is cause for hope. The same economic collapse that's driving down American and Western European consumption has caused a disproportionate ripple effect in the Chinese economy, which is driven largely by exports. Because the costs of Chinese environmental degradation was offset by the growth in GDP from the Ten Year Boom, it was easy to overlook the issue. Now that there isn't a booming economy like before, the costs of China air pollution are coming home and becoming all too real.

It's not exactly the end of the world as we know it.

...and this Youtube channel homepage has more of your favourite songs.

The government of China has put out a 600 billion dollar program to boost sustainability and environmental regulations, including strong incentives to build more nuclear power plants, which are far less polluting.  The incentives also improve waste water treatment, and rubbish disposal. Hopefully they will also boost the cleanliness of the transportation sector, by increasing the use of electric or compressed air cars.  Everything China does on an environmental scale will be a large scale experiment. The outcome is still surrounded by some doubt.  But there is hope.

Let me tell you about the Air Pollution situation in China .

It's not pretty, but it's not hopeless either.