Search for more about meteorology.


How are weather inversions different from normal atmospheric conditions? One forms a low ceiling that can trap smoke and other pollution. 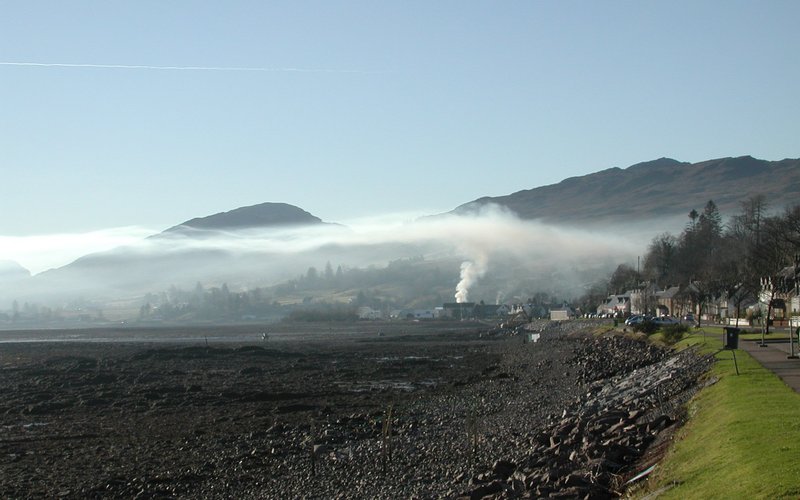 Normally the temperature drops as you go higher, and if it drops suddenly, you have unstable air. Does it ever go up? More often than you think. And we call that an inversion.

The presence of weather inversions can give forecasters a good clue about what is happening in the weather.

Are there different types of temperature inversions?

If your weather balloon goes up through some layer up there, where the temperature increases, the humidity and wind direction change, it probably crosses a front soon and enters a new air mass. Hence we have a frontal inversion.

By the way, what's an air mass? A giant glob of air that all came from the same place, more or less. Maybe from the ocean, the arctic or the desert for instance. Warmer, and usually wetter, masses will ride overtop of cooler and drier ones. Hot air rises. That's why there are weather inversions.

When this happens, the temperature may go up, but not always. The same goes for humidity. But that magic wet-bulb potential temperature definitely goes up. It stays the same, more or less, for an air mass that even goes over mountains, or gives a lot of rain.

On a cool night, no clouds, no wind. What happens? The ground sends off heat to space in the form of radiation. Long wave radiation. This takes a lot of energy and the dirt gets colder quite suddenly.

Then it robs the lowest air layer (the planetary boundary layer) of its heat, and it becomes colder than the air above. Ta-da! A radiation inversion.

Clouds act like a blanket and slow this kind of thing down. Wind stirs the air up so no inversions get a chance to form. Long nights, like the ones found in winter, make for stronger inversions.

Sometimes fog, dew or frost develops, if the relative humidity is high enough before cooling. Because heat is lost, you can call this a diabatic process. Opposite of adiabatic.

How about this one? In a HIGH, air actually moves downward. That's why there's decreased cloud. The pressure increases closer to earth and the air warms up due to compression.

The air then gets dry and somewhat stable, warmer than the air further below. Because the fastest downward motion takes place thousands of feet up.

This routine, known as subsidence inversion, is the opposite of the destabilizing of rising air, such as that found in a LOW.

Another mechanism causing weather inversions is the formulation of a new one under an existing one. The first one often arises due to incoming warm air advection over top. Or high pressure subsidence.

This type, a turbulence inversion, lies a few thousand feet off the ground, allows for little cloud if any and has little effect on people on the ground.

The biggest of all weather inversions

The tropopause. Top of the troposphere and bottom of the stratosphere. Here is a definition tropopause has been given:

"The lowest level in the layer from the surface up to an including the 30 mb level at which the lapse rate decreased to 2°C/km, or less, provided also the average lapse rate between this level and all higher levels within 2 km does not exceed 2°C/km." This can occur at more than one level simultaneously.

Two degrees per kilometre is still a lapse, not an inversion, but very stable air nonetheless. The entire stratosphere is one big inversion. Many miles deep.

Cold air flows like water, but slower. It's heavy and stays near the bottom, perhaps making "rivers" and "lakes". Same goes for dry air.

If we have a mass of frigid arctic air flowing out southward under warmer air and pushing it up, of course an inversion can materialize. Label this one Continental Arctic Air Inversion after the air mass involved.

If warm air passes over a cold surface such as a lake, low level weather inversions appear. This is a marine inversion.

Bet you didn't know there could be so much said about clearing skies. Go back from Weather Inversions to the Chasing Storms web page.