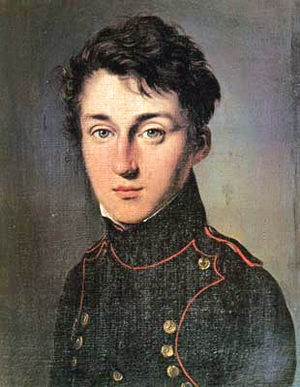 The first law thermodynamics students learn is that energy cannot appear or disappear. It can only change form.

The total energy in a closed system, such as a room, changes by the amount of heat energy added to the room minus the work done by the system on the surroundings, in this case none.

The first law thermodynamics implies that you can calculate the change in "real" temperature of moving air. It would increase or decrease by adding or subtracting heat, minus the energy required to expand or add that returned by compressing the air.

What we need then is a group of instruments that measure temperature at different pressures. We then have data to which to apply this first law thermodynamics.

What is this important weather instrument package? The radiosonde. With hundreds of helium-filled weather balloons every day around the world, we can gather sufficient data to form a crude model of the upper atmosphere, at least. And it is vital for weather forecasting.

Meteorologists use thermodynamic charts with names such as the skew-T log-P or tephigrams and hodographs to interpret the data. They incorporate many standards including the first law thermodynamics lecturers teach us.

An upper isobar weather map can also help in data analysis. They enable people to compare data for many locations at once.

In many countries, including Canada, forecasters use the tephigram chart. The area within any polygon on this chart, an isobaric box, is proportional to the energy involved in a physical change. This helps make the application of the first law thermodynamics more visual.

Notice the slightly curved lines going left to right, more or less. You will see two labels for each one. Pressure in millibars (a millibar is one tenth of a kilopascal) outside the box, and approximate elevation above sea level, technically called geopotential, in metres just inside the box.

They show the path the temperature of a parcel of dry air would follow if it were descend, go downhill for instance, and and undergo a pressure increase without gaining or losing any heat or moisture from the sun, the ground or other places.

The first law thermodynamics courses teach applies here. Look at where each dry adiabat crosses the 1000 mbar pressure curve. A millbar, mbar or mb, is a hundred Pascals.

Notice no lables for them appear in the example above. They display the path completely saturated air follows as it goes up the same hill under the same conditions mentioned in the previous illustration.

The blue one is the dry one; that's why it is labelled Sahara. Not surprisingly, it easily reaches temperatures in the 30's or more (or 90's and above Fahrenheit) at sea level, around 1000 mbar.

If you look very carefully, you can see a set of faint broken lines slanting up to the right, at a steeper angle than the isotherms. Most charts illustrate these lines better than this one does because those values are important as well. They denote saturation mixing ratio values. Each line corresponds to a specific vapour content and is labelled in grams of H2O per kilogram of dry air.

More elaborate diagrams than this example can include a variety of nomograms. Nomograms take the form of tables and scales for making quick quick calculations, such as converting dew point temperatures to frost points in cold regions. They make analog rule-of-thumb calculations, similar to an old slide-rule.

Some nomograms allow meteorologists to determine heights and thicknesses of air packages, elevations at interpolated pressure levels, and virtual temperatures for instance. The virtual temperature of a parcel of humid air is the temperature dry air would have to be in order to have the same density as the moist air. It's usually a degree or two higher because water molecules are lighter than air. And a higher temperature will compensate for that.

We may also plot wind data on an accompanying chart called a hodograph. Look up this one for more details on Wikipedia.

This graph makes a viable alternative to the tephigram. The similarities greatly outweigh the differences, and the USA National Weather Service seems to prefer using this one.

The isotherms, moisture content and isobars show as straight lines here while all the others curve gently. But the first law thermodynamics and other laws remain the same.

See the latest skew-t plots for various US and Canadian locations.

Search this site for more information now, or go back from First Law Thermodynamics to the Chasing Storms web page.