Example of a physics formula – Is meteorology really a physical science? 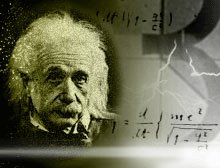 How does a physics formula sort out the complications in any job processing weather data? This simple example relates elevation changes with air pressure science. It can be used for air pressure experiments and has metric metric and imperial unit conversions built in.

Can a background in physics help you earn money ? It gave me the logical and creative thinking necessary to do so. And it just might be the winning formula physics people need for success. It is especially helpful in the consulting business. And the more science background, the better.

The simplest physics formula applicable here goes like this:

Meteorologists need corresponding pressures at sea level for each surface measurement. Suppose the barometric pressure today in Seattle, for instance, is 1000 millibars but only 930 at nearby Spokane. The difference in elevation, 2400 feet, would produce the majority of that pressure change.

A quick look at any standard atmospheric pressure chart combined with some interpolation reveals an expected pressure of around 929 mb for that elevation. That agrees with a sea-level pressure of 1000.

Now we can compare the two properly.Adaptation of pressures to equivalent sea level values puts all locations on a "uniform field" and highlights pressure differences accountable to weather systems.

Analysts use an algorithm of this sort to calculate the equivalent pressure as if the ground at each location were lowered to sea level.

In this case, the conversion would yield a corrected pressure for Spokane of around 1000 millibars. The detailed physics formula would take the temperature and humidity into account.

Meteorologists calculate a quantity known as potential temperature. They determine the temperature any parcel of air would have if it were adiabatically pressurized to exactly 1000 mb. Adiabatic means without any air or heat leaking in or out.

Using this pseudo-value simplifies subsequent calculations they must make. Of course, the presence of moisture further complicates this procedure and we then use Wet-Bulb Potential Temperature, Θw.

Physics formula on changes in the pressure

When weather systems move and progress through their natural course of development, they produce measurable pressure changes.

Forecasters draw isallobars, lines of equal pressure change, on their maps. These curves look similar to isobars. On this chart, synoptic patterns appear in these curves, which give more clues about the current systems. Did you know that the atmosphere is really a great big sea and has tides just like the ocean? Even though it's made of air instead of water.

Meteorologists need to separate the pressure changes caused by rhythmic tides, especially on a twelve-hour time cycle, from those caused by movement of and changes within weather anomalies.

They use a simpler formula, subtracting a time-dependent amount from the actual readings. Interesting ideas for physics science fair projects would include one that illustrates this principle.

Go back from Physics Formula to the Weather Man web page.