January thaw statistics have been documented for many years now. Why? To ensure that people can understand the fluctuations in temperature, and begin to understand why the temperature rises sometime in January. The average winter temperature observed for each locale can vary a vast amount. However, in certain areas of the world it is known that sub-freezing temperatures are usual at this time of year. And this occurrence may provide a week-long vacation, of sorts.

During the mid winter period, we consistently see an anomalous rise in temperature, which can cause some regions in frozen latitudes to begin to thaw. The increased temperatures experienced temporarily takes the icy edge off the winter weather. We call this unusually warm January weather, which normally happens in the later days of the month.

The period that the temperature rise occurs may see an average of 10°F higher than the week before; however, it will drop again before the end of February. 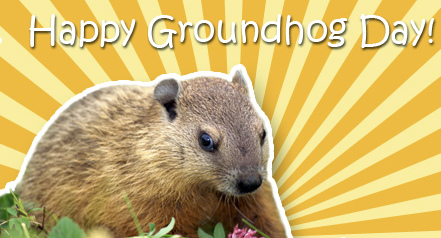 That is sooooo last month...

And although the common term for this period is the January thaw, some very northerly places will not see the ice and snow melt. People still notice the difference in temperature and consider it a pleasant break from the chillier temperatures they have been experiencing up until that point.

The length of this warm spell will vary and can last from a couple of hours to several days depending on the meteorological conditions behind it. Although weather records prove there is a significant rise in winter air temperatures, meteorologists still categorize this thawing event as a singularity. Therefore, the thaw has never been officially recognized; however, lay people often anticipate it and prepare for its effects.

Some regions that experience extreme temperatures remain cold by world standards and may not reach above freezing, even if it does rise. The amount that the winter temperature increases will also vary and it may not even happen every year. Many aspects of weather like this one are considered unpredictable from year to year.

Winter temperatures typically have the largest variability to begin with, even without this thaw. A change in temperature by a few degrees during this period could go unnoticed; however, an extreme change, can lead to incredible effect, alarm and even headlines. The thawing, if it does occur, might also not come into place until the temperatures have risen for a significant number of days; therefore, the rate of increase and duration of each anomaly both need to be considered when labelling an individual event.

The daily mean temperatures in winter and throughout the whole year are retrieved from records and used for comparison and detection of a consistent thawing period in January. There are areas of the world which have been studied extensively looking for temperature rises causing the most noticeable impacts on human populations. And no matter where you live, you may experience a sudden alternation in the temperatures. However, this rise can give residents unfamiliar with the area false hope that the winter months are drawing to a close. Or fear of an imminent, apocalyptic global warming trend.

Relax...it's just the January Thaw. It's one of the patterns in the weather Canada often experiences.

Go back from January Thaw to the Stuff in the Air homepage.

Been to Canada? Live here? I'll bet you have a good weather incident or two to tell us...Go ahead: Have your Say - see how cold you can make us.