Search for more about storms.


As you may guess, tornado chasing is an adventurous, exciting, yet risky activity both for amateur weather enthusiasts and experts. 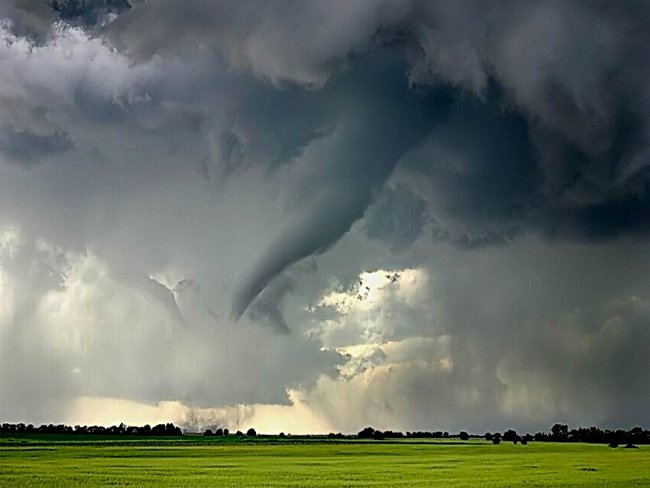 If the phenomenon seems appealing or enticing to you, you must be aware of the risks that this activity entails and ways to minimize them before hitting the trail.

Tornadoes are aggressive wind twisters. One consists of a column of spinning air sometimes connecting a cloud base to the surface of the earth. You can recognize some easily, but not all, as they come in a wide range of shapes: we have

You could even see various colors and sizes.

They're all violent manifestations of nature and the weather, which must be taken in consideration before deciding to act We also have weaker vorticies known as dust devils and waterspouts. Naturally they pose less of a threat, but can be interesting to watch as well.

Tornado chasing is the term used for locating and observing a tornado-producing super-cell thunderstorm. In the past years, participation in this behaviour has increased significantly, even though it is often considered insane.

What kinds of risks are involved in tornado chasing?

Traffic difficulties and weather problems. As tornadoes are often accompanied by heavy rains, we can encounter hydroplaning from wet conditions on highways. Most tornado chasers carry on their pursuit in their vehicles and appropriate precautions are advised when driving in severe thunderstorms.

Additionally, the weather hazards and the chaos caused by the storm itself can be a problem when chasing a tornado. These result from high winds, reduced visibilty and flying debris and other stuff in the air.

In order to avoid these risks, you shouldn’t get too close to the vortex. Instead, opt for observing it from a safe distance, at least 1 km from the funnel.

Even more, since unexpected weather might occur, it is better not to stay under or near trees, next to windows, and other vulnerable spots such as hilltops and open fields. You normally have lightning to worry about near these storms and these measures should reduce the associated risks.

If you follow these precautions, storm chasing may turn out to be the adventure of a lifetime to boost your adrenaline. And that just might be worth it.

Go back from this page to the general Chasing Storms web page, or visit the Stuff in the Air homepage now.