More ideas floating in the air... 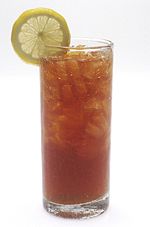 Archimedes Principle of Buoyancy helps boats and ships float on water and keeps a helium filled balloon in the air. It tells us that a body, one of those floating candles for instance, floats in water or another fluid. The body displaces the lesser of its mass or its volume in the fluid.

Two opposing forces balance each other as they work on the object. Gravity pulls downward and buoyancy pushes upward. It floats motionlessly because the forces cancel each other out.

Who figured this out? Archimedes of Syracuse, Sicily. He was a renowned Mathematician, Physicist, Engineer, Astronomer and Philosopher from Ancient Greece. Long before some of those occupations existed.

His principle describes why an object floats in a fluid, be it a liquid or a gas. This idea explains why a helium filled balloon goes up in to the air when released.

Archimedes principle of buoyancy in the Atmosphere

What's another prominent example of buoyancy in the atmosphere? Clouds.

You find them where there is a buoyant force, greater than the gravitational force of earth, acting on air. This air moves upward, pushing up the clouds. And though each of cloud contains tonnes of liquid water, broken up into tiny droplets, the upward force helps keep the clouds in the sky.

Pressure depends on where you are as well. The number of molecules per unit area decreases as we go up in the air and so does both the density and pressure. And our radiosonde measures the changing pressure along with several other variables as it floats away.

So when you see this helium filled balloon rising or a cumulus cloud forming, you now know Archimedes principle of buoyancy is at work.

Go back from Archimedes Principle of Buoyancy to the Chasing Storms page or visit the Stuff in the Air homepage.