What is the butterfly effect?


You may wonder… what is the butterfly effect theory? 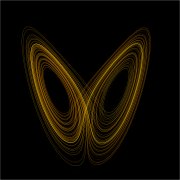 Lorenz Attractor - Look that one up.

Is it connected to chaos theory? Yes, it describes effects of much higher magnitude from seemingly insignificant causes.

We often hear this term in the context of weather forecasting. But just what is the butterfly effect? Well, do you believe that the flapping of a butterfly can later cause a tornado somewhere else?

It implies big effects from a small input. Just think of a ball positioned on the tip of a mountain. A wind, in any direction can topple the ball and the slightest difference in pressure from the tip of mountain can determine the destination of the ball.

To compound matters, it can accumulate snow on the way down and eventually flatten a town or something else.

Similar to the initial pressure on the ball, the butterfly effect suggests that weather at one moment over one place MAY be due to a small perturbation in atmospheric conditions elsewhere, some time ago.

In addition to meteorology, chaos theory is applicable in predicting the behavior of other turbulent fluids, heavenly bodies and plate tectonics. And if you want to leave the physical science arena, economics, demographic behavior and historical reasoning, believe it or not.

What is the butterfly effect describing? 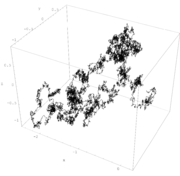 Order…disorder. The reason why we cannot make weather predictions more than a week in advance is the delicate-fluid nature of the atmosphere. Even if we could simulate the entire atmosphere, we would not be able to predict the wind caused by a butterfly fluttering.

So, really, what is the butterfly effect? Probably an exaggeration. At least the notion that a single insect could create such drastic changes. But you never know.

More realistically, a measurable change in the atmosphere here can lead to other changes there. And a small change in atmospheric condition can have effects on a different continent. Perhaps a decade later, and we could never know. It's merely possible.

A good weather decisions network uses an air turbulence model or an atmosphere simulation to predict winds or air movements in the environment. Even then it may not be enough to give an accurate idea about how the atmosphere will behave in a definite point of time in the future.

No meteorological monitoring system is designed to resolve the effects of a butterfly, or even events much larger in scale, such a house fire for instance.

That said, the method met-people adopt to combat the effects of this chaos theory butterfly effect thing would be, ideally, to take as many readings from as many diverse areas over oceans and atmosphere as possible and to combine all the readings together.

But given how much we know about the butterfly effect, it will not be completely possible. Go back from What is the Butterfly Effect to the Image Satellite Weather webpage.