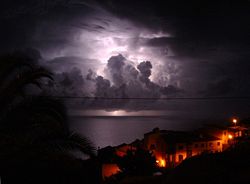 Want to know what is meteorology? It can be defined as the scientific study of the atmosphere to make accurate weather forecasts. How Accurate? Weather forecasting is not a thing of chance, but science. It includes the studying of different atmospheric factors like temperature, pressure, and humidity, the presence of water vapor.

Deviating from all other branches of science, Meteorology creates predictions of the future on a daily basis. The term Meteorology has a wide and complicated meaning that goes far beyond weather forecasting; it once even included the prediction of plagues, for instance.

Weather conditions determined the actions and inactions of man since time immemorial. Weather forecasts for at least some months in advance was desired for agriculture.

This science runs back to about 340 BC, with Aristotle making the first observations of atmosphere and weather in his work "The Meteorologica". 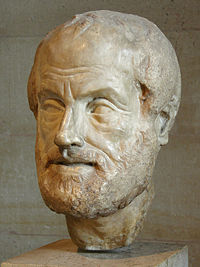 The interaction of earth’s atmosphere with the moon, sun and other planets were studied in those ages. Modern science never completely accepted this method of weather prediction.

Before computers came along to help us define what is meteorology, the invention of increasingly sophisticated methods helped us gain a better understanding of atmospheric physics. This scientific approach led us to come up with the ability to make numerical weather predictions. However it was after the advent of large scale use of computers in 1950s that numerical weather predictions became an easier task.

Now with the help of satellites and monitoring of atmosphere at all times, met men are able to make useful weather forecasts. Meteorological sensors can now determine the temperatures at many levels and at different locations and levels within the atmosphere, the movement of air in different directions, altitudes and so forth are studied well.

Sophisticated computer programs make thousands of calculations based on various physics equations that connect independent properties of air, its behavior and changes in different temperature and pressure conditions.

Future predictions: What is meteorology's next step?

Faster micro-processors and more accurate collection of atmospheric data from around the world will help forecasters make weather reports with even greater accuracy. Though there are claims to make artificial rains, most meteorological scientists strike them down.

Also accurate weather forecasting for four weeks in advance is among the biggest ambitions of meteorological scientists.

Whether any interference of mankind could create permanently favorable climatic conditions is a matter whose outcome we are all waiting to see.

Go back from What is Meteorology to the Radar Real Time Weather page.