Which air dispersion model to use

Scientists use a technology called an air (or air quality) dispersion model to help decide how to preserve our environment. Models have evolved over several decades now and we now have a number of different approaches to the types of problems at hand. How does a modeller know which type of model is the most appropriate for any particular project? Here, we address the benefits of the air puff model such as CALPUFF, a more recent development. 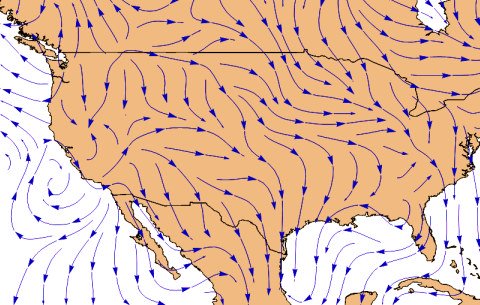 EPA advocates CALPUFF for applications involving longer plume transport, typically 50 km or greater. Consequently, using CALPUFF for EPA regulatory applications for shorter distances may require appropriate examination by the authorities, although CALPUFF has been strongly favored for general applications lately. If you look back at the April 2000 EPA Guideline on Air Quality Models, it says that CALPUFF can also be used in special cases, including complicated stack emissions. The appropriate regulatory affair professionals will look at these on a case-by-case basis and help the regulatory and compliance consultants decide which is best for the situation.

Technically, puff air pollution modeling can be used for the majority of applications where a steady-state plume model such as AERMOD or ISC will suffice,

but it might not be worth the extra resources required. The scientific criteria used to choose whether to use puff or steady-state air pollution modeling for each application might depend on whether the straight-line, nominal assumptions on which the simpler plume-flow simulation is based are acceptable.

This can include domain size and potential for space- and time-varying three-dimensional fields of flow influenced by complex terrain, nonuniform distribution of land use and coastal effects. Additionally, calm or low wind speeds with variable directions may characterize the flows.

For cases which include a high degree of the three-dimensional flow changeability near boundary limits (either upslope or downslope or along winding river valleys) the steady-state assumption might not be very good beyond the limits of even a few thousand metres. Here, the CALPUFF air dispersion model would be far more accurate.

There's one more thing to take into account: when deciding which model is best for each situation, ask whether three-dimensional or temporal distribution of air contaminants matters. This question becomes valid when using the dispersion model to evaluate risk or when results are to be used for the study of criteria air contaminants where only the peak concentration is important, independent of time or space.

Again, CALPUFF has received stronger support in later years, with the use of some steady-state air dispersion model software, such as ISC, being phased out completely in many jurisdictions.

The modelling software is available for free at this US government webpage: http://www.epa.gov/scram001/dispersion_prefrec.htm - and it is very complicated to learn. Manufacturers and design engineering firms often use atmospheric consultants to work with these tools. They understand the problems and find efficient solutions to avoid harm to the environment.

Need help with this? Try the services of a good air quality and emissions firm for your situation. Call Barry at Calvin Consulting at 403-547-7557 ext 112.

Can you do it better?

You like this Idea? It works for its intended purpose, but probably is not perfect. Why not?

Do you know of a better one? We'd all like to see it, I'll bet. A penny for your thoughts.

Other people and their ideas...

Click below to see hi-tech contributions from other visitors to this page...

3D unsteady state Eulerian type model with convection. There is the equation that was solved (description is in polish :) https://www.feazone.org/readarticle.php?arti …

CALPUFF Training Not rated yet
The TRC group of companies, including TRC Engineering and TRC Solutions, trades on the NYSE as TRR. Joe Scire in the TRC Solutions Atmospheric Studies …

Air Pollution Air Quality Air Dispersion Not rated yet
Air is the most important element of our human environment. Man cannot live much more than a single moment without air. But we often do not think it is …

Feedback Not rated yet
I just went through this...really all the points which came to my mind are covered by you. No more additions are needed. If you bring this to practise, …

CALPUFF air Not rated yet
Using dispersion method, you are purifying the air. I think it is the best idea, but the contaminants of this purified air should concern. Barry's …

Benefits of the use of calpuff air model Not rated yet
I have no idea what we are writing about here. This article makes no sense and I have learned nothing from it. I have never heard of any of these …

MY THINKING Not rated yet
Why do you model for air quality?? What is important and what models do you use? Barry's Response - The most popular choice for a long time was …

calpuff air Not rated yet
I agree that the steady-state model would not be great when used for distances extending greater than a few kilometres. And that more advanced models such …

Go back from Air Dispersion Model to the Air Quality Testers web page, or visit the Stuff in the Air homepage.

How do we determine the best way to build a new factory so that air pollution is controlled?

Use an air quality model to predict the flow of contamination and provide the needed feedback ahead of time.