Many facts about air pollution. 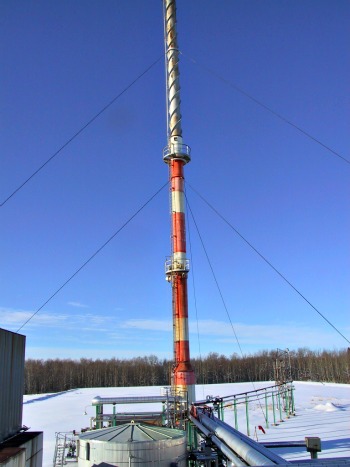 I've got Air pollution facts!  Magazines publishing earth science current events have crammed air quality issues down our throats for a number of years, now. And for good reason, too.   We've actually seen some successes.

While there are more vehicles on the road than ever before, certain air pollution solutions have been enacted in key locations.

The result is that we actually endure less air polutions now than we did forty years ago in many places. Here are some air pollution facts that might surprise you.  First, for the GOOD news about cars.

The average new automobile puts out only one-twentieth the mass of pollutants that a mid-sized car from the sixties released. One reason for this improvement is that we got rid of lead from gasoline. This resulted in a 96 percent reduction in atmospheric lead content since the seventies.

And it is predicted that with improving technology, cars of the future will create even less pollution, resulting in improved air quality all around.

Air pollution can be avoided.  Industrial operators use air quality dispersion modelling to determine what impacts their operations have on the environment.  Then they can use the data to design plants to operate in a much cleaner way.  If you are in this position, I can conduct air quality modeling for your situation.  Check it out.

Here's a bit of history: Cities are becoming less polluted than they used to be.  Here's an example:  Today, Mexico City has some of the most polluted air in the world and exceeds the U.S. pollution standards much of the time.  Yet as far back as the 1950's, the air in southern California was more polluted than the air is today in Mexico City.

Not only has the air in Los Angeles, San Diego and San Francisco become cleaner over the recent decades, but other cities have seen similar improvements. We really notice the difference in Canada, US and Europe.

The remarkable thing about all this is that most North Americans don't even know about the progress made in the fight against ground-level air pollution. When polled, about two thirds of the people asked stated that they thought our air was becoming more polluted.

Please note, however, that ground-level air pollution does not include global warming or ozone depletion and their causes.

Even though there has been much progress made in combating air pollution, we still have a ways to go. Here are some additional facts about reducing our own effect on the atmosphere.

You can vote, both at the polling stations and with your wallet, for more eco-friendly options in daily life. I hope you get the idea.

Go back from Air Pollution Facts to the Air Quality Testers webpage.

We have been working to solve problems with the quality of the air we breathe.

Here are a few examples of the progress we've made over the decades.