What is your Aridity Index? 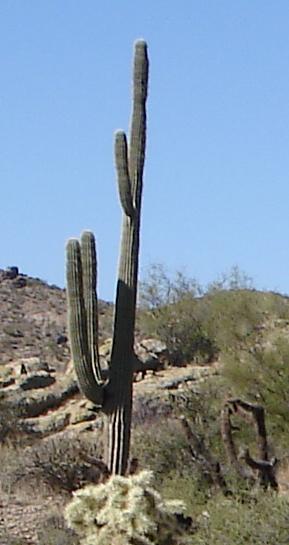 To determine what aridity index a place might have, we need to consider a few things. What is aridity first of all?  Aridity means insufficient moisture.

So let's start with the concept of evapotranspiration. This number states the depth of water which would evaporate from a region.

To get it scientists combine the distribution of plants, water surfaces and dry land with the drying effect of temperatures and winds to give an representative number of inches or millimeters of water dried up from the area.

Budget-style calculations help climatologists determine potential evapotranspiration amounts. They tell us how much would dry up if enough water were there. Drying up through wind, plants and all other methods for moisture to get from the ground to the air.

This quantity gives one half of the data needed for assigning an airidity index to a location.

The other half is the amount of water that does fall. Precipitation. A simple and useful version of aridity index goes like this: Take precipitation in inches (or millimeters) and divide by potential evapotranspiration for the same location, in the same units. You will get a number somewhere between 0 and 3 in most cases. The smaller this number, the more arid the biome (environment) is.

And what do you see in a desert?  Sand and dust.

My cover songs aren't all this dry. Find your favourite song on YouTube.

"Arid" generally means an index of 0.2 or less. That means the water that would evaporate, if available, is five times as much as what actually falls, or more. This is common in the deserts of the world. 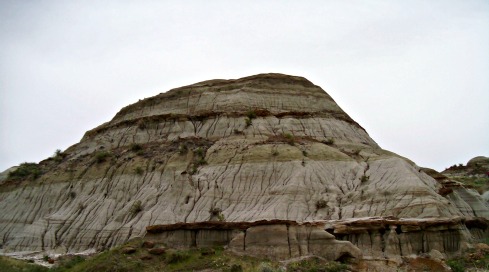 If the index is 0.2 to 0.5, then the potential evporation described above is two to five times higher than precipitation, and the climate is known as semi-arid. Climates with higher ratios of precipitation to evaporation are not considered arid. The UNEP, United Nations Environment Programme, currently uses this index.

Generally, the driest places are those immediately downwind, with respect to prevailing winds, from mountain ranges. They have the strongest moisture deficit.

Using North America as an example, the main mountains lie in the west. They include the Rockies and the Sierra Nevada desert mountains amongst others.

It amplifies the effect of lee rain-shadows. And places with the lowest aridity index are found in this region, east of the mountains.

Salt Lake City, Denver, Boise, Los Angeles and Amarillo all have an aridity index in the 0.2 to 0.5 range. The Canadian cities of Medicine Hat, Moose Jaw and surrounding areas fall in this range as well. Micro climates cause some variation - think oasis.

Another example would be very dry places that lie in large valleys surrounded by lush forests. Sacramento, Death Valley, Kelowna and Kamloops (in BC) for instance.

The driest places, Las Vegas, Phoenix and El Paso each have an index well under 0.2. Definitely arid. If the index is less than 0.05, we call it hyper-arid. Las Vegas comes pretty close to this one.

As you move further north, precipitation amounts generally decline, and the evapotranspiration values (largely dependent on temperatures) fall even faster. So places like Edmonton and Yellowknife, in northwestern Canada, have relatively humid climates in spite of low precipitation amounts of only 10 - 20 inches (250 - 500 mm) per year. That's if you compare them to more southern locales along similar longitudes.

The next category has been labelled dry subhumid. Whatever, it corresponds to aridity index between 0.5 and 0.65, and might be described as "comfortably dry".

Where? Dallas, Billings and Calgary for example. Areas with higher index numbers are not arid at all. 0.65 to 1.0 includes Houston, Kansas City, Minneapolis, Seattle, Edmonton and Winnipeg. Further east - Washington DC, New York, Atlanta, Chicago, Toronto, Montreal and New Orleans, for instance, all have indices above 1.0. I call that wet.

Coastal places tend to be more wet than inland ones. Take Vancouver and New England for example. No aridity there."

Go back from Aridity Index to the Solution Global Warming web page or visit the Stuff in the Air homepage.