A variety of satellite images

Have you seen all the satellite images on a weather report? Way up there in space (remember David Bowie?)

See more songs on my Just Me on Piano Youtube channel.

Of course you can have separate images for different geographical areas, but here we look various types of satellite images available. Satellite equipment examines several ranges of light spectrum wavelengths, all given by the sun and some from the earth as well. These channels are defined by their wavelengths in micrometres, microns. This is one millionth of a metre and denoted by µm. 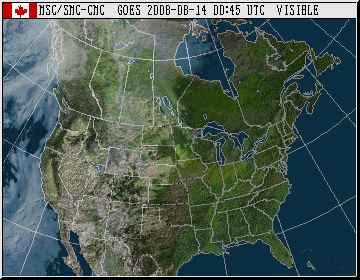 Visible, 0.6 µm - Reflected solar radiation, light, related mainly to incoming solar radiation, reflects off the earth and arrives at the satellite to create detailed, realistic looking satellite photos. A solar energy use most people do not think of.

A reflection, though, is only as good as the surface it bounces of of. Is it angled so the echo is lost or detected? Does it have a high albedo, an ability to act like a mirror? Or is it a black body, one that does not return a signal at all?

The computer makes each graphic pixel more white depending on the incoming energy at each point in this case. All are darker in winter and black at night.

Near-IR, 1.1 µm - A hybrid of thermal and visible radiation. Very good for locating water surfaces and edges on ocean pictures.

We have technology that combines these images to give fantastic multi-spectral imagery as well.

Polar Orbiting, 3 to 4 µm - Lower energy gets a lighter colored pixel. This gives the science products and pictures the illusion that cloud tops and colder areas are white with rich dark tropics and low elevations. The incoming energy is mostly terrestrial radiation with a little direct radiation from the sun. 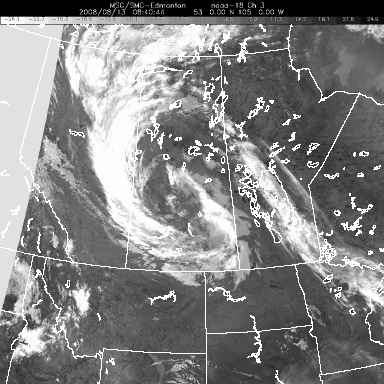 This frequency is sensitive to water and ice droplets. In cold weather, low clouds can show up black in the daytime. This is helpful because they can be hard to spot on other types of satellite images and photographs.

Water Vapour Channel (WV), 6.7 µm - Water vapor absorbs this wavelength very well. An area of high water vapour concentration effectively takes the radiation energy and releases it at its own temperature, much lower than sun surface temperatures for instance. The satellite can then help identify the moisture's location and temperature.

Still, this one is not perfect. Surface radiation can easily penetrate the plume if it is not very thick. Then it becomes hard to see. Therefore, satellite images often lack contrast.

Darkness on these satellite pictures represents warm humid areas and whiter parts correspond to cold or dry regions. In spite of everything, this illustration helps us find dampness where clouds are not formed.

Infrared, 11 µm on GEOS equipment and 12 µm for polar orbiting satellites - These wavelengths are not absorbed by air so they are good for identifying temperatures all the way down to the earth's surface.

IR, as this range is frequently called, comes from the earth's radiant heat, and even much colder Jupiter temperatures... 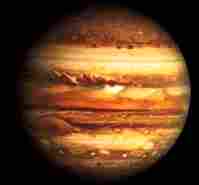 The fifth planet of the solar system (-240°F/-150°C at cloud tops, but possibly thousands of degrees hidden down on the planet's solid surface

Why is it dark at night, anyway? Perhaps this video from Five Minute Physics will show you

IR spectrums are, however, blocked by fog frozen droplets or ordinary clouds, but those clouds emit this frequency very well. So we can use the signal to identify the location and height (temperature) of the clouds. This one is commonly used in the live photo satellite shot shown on television.

Now you can get more meteorological articles by email.

If you want to have some more fun with satellite images, try maps.google.com.

Go back from Satellite Images to the Weather Man page now.