Do sun surface temperatures give us all the energy we need?


The sun surface temperatures provide a wide range of electromagnetic sunlight wavelengths; some of which are harmful, and some are not.

And How hot is the sun? About 10000°F, over 5000°C, at the surface, and much hotter above and below the surface. Our big hot sun is up to a few million degrees Celsius in the corona and 15 million at the core. 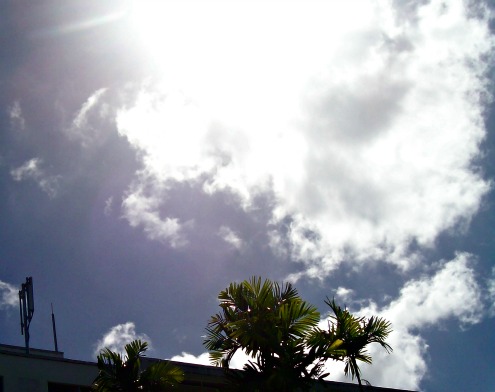 Radiant heat – what is the temperature of the sun?

We have our very own star. The sun. And we rely on that ball of fire for all of our energy on earth.

These temperatures sound quite hot, but how do they compare to other stars? Well, the sun is about average. Large red stars in the so-called main sequence of stars can be less than 3000°C at the surface while extremely hot blue ones can exceed 30,000 degrees.

How much sunlight reaches the surface of the earth? Officially the strength of solar energy equals approximately 1370 watts per square metre. At ground level, we find some of that energy has gotten lost in the atmosphere on the way down to earth. Only about 1000 watts per square meter make it this far.

That's with the sun directly overhead and no clouds. When the sun shines strongly like that, surface temperatures on the earth rise rapidly. However directly-overhead sun occurs only once a day in tropical latitudes and most of the surface of the earth gets less energy than that at any time.

You have to multiply that 1000 W/m2 by the cosine of the angle from the horizon to the sun. This works out to about half the intensity (W/m2) for sunlight coming in from 30° above the horizon, which is typical for evening time or early morning.

It's actually a little less than that, even. Why? The incoming sunlight travels through more air because of its higher angle of incidence. A longer trip through atmosphere attenuates more of the incoming energy, also known as insolation.

How do sun surface temperatures get so hot?

And where does that energy come from? Nuclear fusion. According to Albert Einstein, E=mc2 and every second the sun loses over 4 million tonnes per second. It's all converted to outgoing energy. A total of nearly 400 million million million million watts.

That's one heckofa power plant. That's where we get those nice toasty temperatures from. No wonder we have global warming.

Go back from Sun Surface Temperatures to the