Global Warming Articles and answers. Have a look.

Below is a list of ten common questions with straightforward responses, along with some links for more detailed information. Try this page if you want additional scientific articles emailed to you. 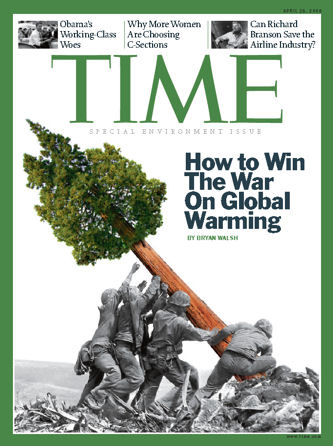 Enjoy.
Pollution to the evolution
by Jake Ingram
Stockton on Tees, England


1. What would you say are the most important green house gases? And what is their origin?

Most global warming articles will include:

Methane CH4 - A natural product of decomposition, including digestion and soil emissions. So agriculture contributes this one consistently. Global warming articles indicate our industries tend to leak fuel gases containing this stuff. See the article on natural gas leak detection for more about this.

Ozone O3 - at lower elevations – Like the others it traps radiation under its blanket. Some natural processes suck ozone from the ozone layer and bring it down to ground level according to a few global warming articles. We call this stratospheric intrusion. Industry creates its fair share of ground-level ozone as well.

Do not confuse it with stratospheric ozone, which we want to preserve. Certain emissions in the past have led to destruction of the ozone layer. And it remains a frequent item in the news. See below.

Water vapor H2O - Evaporation puts this guy in the air. Of course, with global warming, the air will be able to "hold" more of this one. One example is power plants, which release great quantities of steam.

Halocarbons any gas whose chemical formulas includes a combination of C, H, F, Cl and numbers - Not produced naturally. Used to propel aerosol sprays, manufacture foams, and enable refrigeration. This is the group of culprits causing the problems addressed in the next question.
Aerosols - Also known as particulates. Naturally produced by fires and volcanoes. Many human activities release dust and smoke.

Bear in mind that without greenhouse gases, the whole planet would be at least 50°F colder than it is now. So we need them.

2. How does ozone depletion tie into global warming and or climate change?

Depletion of stratospheric ozone is caused by the emissions of other chemicals. Materials which act as catalysts for reactions resulting in the dismantling of ozone molecules. These substances contain chlorine and fluorine atoms within their molecules. And global warming articles call them halocarbons, chloro- and fluorocarbons.

In general, we consider this a different although just as serious global environmental problem.

3. How will global warming affect the polar ice caps?

Global warming articles and even one documentary film point to a study that seems to indicate that the Greenland ice cap and glaciers are destined to melt away and raise the sea levels by over 20 feet.

This melting is supposed to be responsible for the salt dilution, which could stop the ocean currents and cause wintry scenes like those depicted in the movie The Day After Tomorrow. Now wouldn't that slow the melting? Anyway this melting is predicted to take hundreds of years.

4. With the possibility of rising emissions of greenhouse gases what will happen to the Earth's climate?

Temperatures will rise – Anywhere from about 2 to 10 degrees Fahrenheit, as a global average.

Some areas will be colder – Caused by the desalination of parts of the ocean and suppression of the Atlantic Gulf Stream, which keeps the northern hemisphere mild. This is the possible experience shown in that movie The Day After Tomorrow.

Areas will be wetter – The Great Plains and US southwest, for instance, according to some researchers.

Areas will be drier – Generally, the pattern of rain and drought is predicted to change, though exactly how remains up for debate. Dispute, in fact.

5. How does the increasing population affect global warming?

The most obvious consequence global warming articles point out is that with more people, there should be more man-made greenhouse gases, unless people suddenly become aware of their consequences and change their activities accordingly.

6. How does the concentration of carbon dioxide affect the world?

It is first on many greenhouse gas lists found in global warming articles. This is because there is so much of it being produced, and it is the subject of Kyoto and similar agreements. See the Solution Global Warming for further details. Greenhouse gases trap heat energy trying to escape from the planet's atmosphere. It normally goes out through virtual windows, which are becoming plugged. Incoming energy comes through different windows that are not blocked as completely.

If there is enough CO2, we all would suffocate due to a decreased oxygen concentration. But this would take a lot. Conceivably, after a certain amount is produced, an incremental increase would have minimal effect on the global warming green house effect. That's because once that particular radiation window is filled, adding to it would be redundant.

We the people are the cause of the global warming I say we all should die so the planet could live the way it is. I also want to destroy everything …

Can you please provide some detail on Environmental effects that come from various types of pollution in air and water? Please elaborate on air quality …

Do you have global cooling a graph of the average temperature per year over the past 2000 years? I am trying to get a handle on this issue for myself. …

I'd like to know about air pollution and its effects as well as the chance of damaging the ozone layer. Barry's Response - Girdhar: Hi, there …

why are u asking  Not rated yet
Tell those in charge of government or business that you care about global warming, and that you expect them to do something about. They cannot know of …

How does warmer weather effect the earth? Not rated yet
When there is warm weather that means that the ice caps will melt, as they already have started. If the ice caps melt then the sea level will become …

7. What steps are being taken to prevent as much as possible the increase in global warming?

Cars -
Alternate energy sources - how many can you think of? Hydrogen, nuclear, solar and wind to name a few.

8. Which regions have most at stake?

Global warming articles like to visualize disaster. A few examples…

Temperate regions which have not yet been subject to diseases such as Lyme Disease, West Nile and Malaria could now get them.

9. Other global warming articles have said that human activities have played a significant role in the rise of the Earth's surface temperature. Can you elaborate on that?

We are all sources of:

Heat Our breathing, animals, cars, houses, industries. You get the point.

Green house gases Our bodies, animals, cars, houses, industries. All emit Carbon dioxide, methane (cows are famous here), or both, plus others. Heat becomes trapped and the temperature goes up.

What is global warming? Just a change in the average temperature. Many articles and websites show global warming graphs of how historical temperatures fluctuated upwards and downwards by amounts much more than we are currently seeing.

Global warming history - The earth has survived. Many of these changes occurred before man was around, so there is some question whether mankind will survive. There is only one way to find out for sure, but I am willing to bet YES.

10. With cinematography playing on such serious topics as global warming, how much truth was portrayed in the movie "The Day After Tomorrow"?

Much as been written about it and even more about An Inconvenient Truth. Keep in mind that this is Hollywood, and sacrificing some grim reality for excitement and profit is the norm here. However, any of those things shown in the film is possible.

What about them all happening on the same day? Well...that will be decided. I'd say likely not, but some global warming articles give reasons why multiple things could occur in a sudden chain reaction, causing catastrophe.


Do you have thoughts and ideas on this heated topic?
Would it benefit you to make them well known?
Do you think you could even earn money at it?