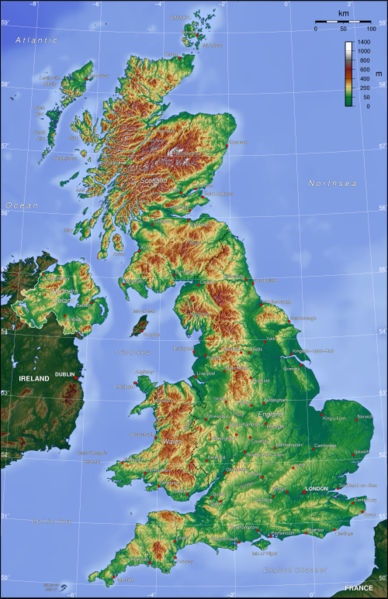 A person can view the BBC online weather by accessing their website. resources and the UK weather forecasts. What is the British Broadcasting Corporation, or BBC? You ask. One of the most influential news agencies in the modern world, for starters.

The BBC News, and BBC online weather, is legendary for reporting the happenings in the United Kingdom as well as around the rest of the world.

About the weather...the climate England has receives its primary influence from the ocean surrounding the island.

They get a lot of precipitation and fog in the UK, along with mild year-round temperatures, when compared to other places at similar latitudes. And according to the BBC Weather World, the climate of the UK is changing. While the climate has always been subject to change due to natural causes, in recent years it is felt that global warming and the releasing of greenhouse gases has had the most impact on climate change.

Some of the Greenhouse gases are released because of human activity. This could make changes within our power to control if we curtail certain activities. See the Solution Global Warming webpage for more details.

BBC online weather for you

Their web site offers information about global warming and the greenhouse effect that is simple to understand and accessible to all ages. If we can halt global warming, it might be worth a try.

However, an important British documentary entitled The Great Global Warming Swindle challenges many of the core beliefs regarding climate change. Ideas that have developed over decades. The film is worth viewing even though it seems to attack the BBC at times. Kudos to Martin Durkin and crew.

Yes, saw the show and fully agreed with the ideas expressed.

I have had the feeling for quite some time that there is no man-made global warming. I live in England and it still rains a lot, however that is not …

Save the global weather in simple DEEDS Not rated yet
The weather in U.K is filled with a lot of fog and precipitation, mild year-round temperatures. Due to natural reasons U.K weather is changing. They may …

No I haven't seen the show but would like to see it Not rated yet
The United Kingdom is know for rain and fog. Since the United Kingsom is essentially an island the ocean has a big part to play in the weather of UK. …

BBC weather Not rated yet
I have heard of BBC but I don't think I have seen the show. I don't think I would be able to put up with the weather in the U.K. I dislike rain. I …

How does it work?

The atmosphere above earth forms a greenhouse-type covering which effectively traps heat trying to escape from the earth. This process keeps us warm and makes life possible. The traditional theory behind global warming is that the amount of gases which do this job increases, so that the earth's surface becomes increasingly warmer.

The warmth of the earth is currently in balance. By releasing extra greenhouse gases into the air, we could be altering that balance. Change is frightening for many people and the BBC website will likely track those changes.

Why? Combustion releases large volumes of these substances. Carbon dioxide, the most widespread of the "greenhouse gases," is produced when trees burn and when automobile engines consume gasoline.

It doesn't take a lot of impact on the temperature of the earth to make a huge difference in our lives. Some have estimated that less than one degree of average temperature increase around the world could cause a change in the sea level and significant flooding in low lying areas.

It's a well known problem. Thanks to information portals such as the BBC online weather website. If you have knowledge of your own to convey, you might want to develop one of your own. How? Try this approach.

Go back from BBC Online Weather to the Stuff in the Air homepage, or search this site for more information now.