The Changing Climate in China

Search for more on world weather.


What affects the climate in China today? China is the second largest country in the world, population-wise (India overtook China in the last few years). It is also the country most aggressively pursuing rapid industrialization, with the specific aim of boosting its economic growth.

While still technically a Communist country, the reality is that China has been 'open for business' since the mid 1980s, and the Communist oligarchs have transitioned over to capitalist ones without much more than a change in their clothes. Communism in China has always been about who holds the reins of power, not the power of the people.

Communist societies have long been the worst polluters in the world; having societies closed to the press (especially the foreign press) has allowed most of those pollution disasters (and lousy safety regulations) to hide out of sight of the public eye. 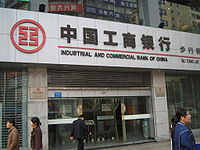 This is changing; Chernobyl was worse than most of the Soviet Union's reactor incidents, and was bad enough to be noticed by Eastern Europe, but it was far from being the only one. (Western nuclear power plants have had a significantly better safety and operational record.)

China's industrialization has had major impacts on China air quality, its micro and macro climates. Microclimate-wise, the urban smog problem is reminiscent of the worst excesses of 1950s industrialism in the US and the UK – with smoke and haze from coal fired plants turning day into night, and making most residents wear filter masks on especially bad days.

This has changed the local Chinese climate – the hot air from the temperature inversions causing the smog causes weather systems that could produce rain and wet climate in Beijing and other Chinese cities to divert around them, making the pollution problem even worse.

As China mobilizes to more and more automobiles (it's currently got 40 million to the United States' 300 million), the changes altering the climate in China are going to get even worse, as auto exhaust enhances this effect considerably. Worse yet, most of Chinese cities are not built for functional and widespread automobile use, which will cause the amount of time motors are spent idling to rise.

Weather and climate in China

On the macro scale, China is suffering from two competing trends. The first is that fairly subtle shifts in the climate in China are having disproportionate results; the northwestern frontier of China has always been steppe and desertified. It's now expanding; satellite photos show that nearly 25% of China's land area is now desert.

China's hunger for lumber, both for products for export and local construction have caused the loss of nearly three fourths of the country's native forest cover.

This has changed rainfall patterns (which increased the speed of the desert's advance), and, in concert with China's push for more hydroelectric power, has resulted in extensive flooding.

I'm sure they would love a rainy night there once in a while. Remember this song? 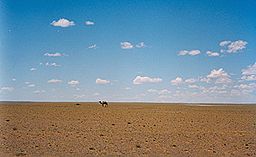 These changes are even altering the glacial patterns in the Himalayas, which feed all of China's major river systems, and ripple effects are causing a loss of cropland and other changes.

The people are attempting to ameliorate the effects on the climate in China; a 600 billion dollar 'green stimulus' package is aimed at planting more of a green belt around China's cities, and an extensive program of building waste water treatment plants. China has enacted regulations requiring coal plants to meet emissions standards by 2012. The question becomes “Is it enough, and is it soon enough?”

Navigate back from Climate in China to the China Air Pollution page now.