An introduction to indoor air pollution


Are you aware of indoor air pollution? Indoors is not a place where people think they might find pollution. Most of the time when people think about pollution they think about factory chimneys sending up columns of smoke from their stacks or a truck on the highway with smoke coming out of its exhaust. This is the most obvious side of pollution. However, not all pollution is visible. 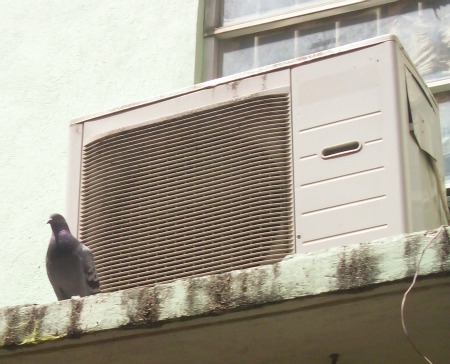 Most indoor air pollution is invisible. If we could see it, then people would take active measures to prevent it or avoid it. Exposure to indoor pollution is more common during the winter. At this time, people spend a majority of their day indoors.

Indoors is a semi-closed system, often leading to increasingly contaminated indoor air quality as the season wears on. Why? Because the the air inside does not change over quickly in some residences. For example, spray a can of air freshener indoors; the smell lingers in the air longer than if the same air freshener can was sprayed outside. Therefore, any pollution released indoors tends to linger longer because the air may stagnate somewhat.

Indoor air pollution comes from many different sources, the most common source being combustion pollution. This type of pollution comes from the burning of materials such as cigarettes (we all know some of the dangers of smoking and indoor air quality), wood in a stove and other combustible fuel in the furnace.

We also get pollution from household chemicals such as cleaners, some of which are more effective cleaners because of the strong chemicals they contain. And these chemicals end up in the air we breathe.

The pollution particles in the air once inhaled can lead to health problems. The first organs affected is the lungs. Particles enter the blood stream through the lungs and then reach other parts of the body. While some of the particles are inert, they do not react, we can still consider them problematic.

Other particles settle in the lungs, causing irritation and inflammation. This kind of exposure results in respiratory ailments including asthma and emphysema.

The worst particles are chemically react with the tissues in the lungs or even enter the blood stream causing major health concerns, even cancer. The exact extent of the damage these chemicals cause depends on the specific chemical. 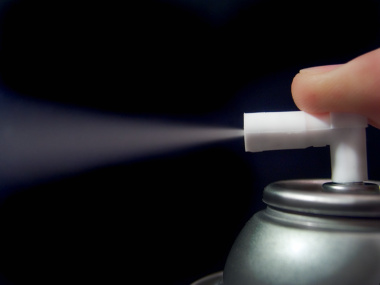 Lead is a perfect example from a list of indoor air pollutants that can cause serious noticeable health problems. Lead is commonly found in older homes, especially in the paint. Once the paint it disturbed, during renovations for instance, smaller lead particles become airborne and thus inhalable. After lead enters the blood stream and the brain, a host of functioning and development problems can occur, especially in children.

Fresh paint may release volatile organic chemicals, often associated with cancer and more serious problems. Painting requires good ventilation for this reason, and the fact that the fumes are flammable.

If you dismantle any interior walls or ceilings, watch out for asbestos fibers coming from the insulation. This applies to older homes with their specific ages depending on the laws of your own country. The construction industry loved using it because it inhibited fire propagation and electrical conduction; it was cost effective and easy to work with. They did not know about the associated respiratory problems, including cancer, until later.

Most indoor air pollution can be avoided or reduced by taking precautions. Avoid Smoking cigarettes indoors. A wood stove should be carefully inspected to make sure that none of the gases from the combustion remain in the room.

The choice of wood also affects the amount and composition of smoke produced. For example seasoned wood t burns better and cleaner than green wood. If cleaning chemicals are to be used indoors make sure the room is well ventilated allowing for air movement.

One more thing to check for: mold. Mold (and dust) causes particulate indoor air pollution. It often grows in areas of the enclosure which have received moisture and subsequently become a nurturing environment for decomposition. As mold grows, it repopulates by sending spores into the atmosphere which go anywhere the air takes them. Solving this indoor air pollution problem requires a special set of instructions. Go back from Indoor Air Pollution to the Global Warming Unstoppable and Unavoidable webpage. Or visit the Stuff in the Air homepage.