See a bit about Doppler radar weather.  This link and the text below give you a summary.  It's a bit technical.  Let’s look at the instrumentation used in a typical radar station. By the way, this is commonly misspelled doplar radar weather or dopler radar weather as well.

At the bottom of this page, I'll provide you a chance to see real live Doppler weather information.

How is Doppler different from conventional radar?

Conventional radar detects the presence of dense objects (such as precipitation) in the field, while the Doppler system detects a phase shift between the outgoing and incoming signals.

It's officially known as the Doppler Shift similar to that used to identify velocities of stars. Most of us are familiar with the downward pitch-bend of a siren's wail as the ambulance speeds by you.

Imagine that vehicle is at the center of the smallest ring in the sketch above and speeding to the right.

The spaces between the curves on the right are much smaller than those on the left. This schematically represents the Doppler shift.

Person C hears a higher pitch, smaller sound wavelengths, than Person A. Person B is somewhere between. Actually, if I were Person C, I would be running to get out of the way and not worrying about the sound too much.

The electronics in the Doppler radar weather observing unit can track and find the correct way to interpret the shift. Then we can tell if the object is moving towards the radar station or away from it, and how fast.

Bear in mind, though, it cannot detect any lateral movement, any motion towards to the left and right when viewed from the radar. It cannot tell the difference between a lateral wind and no wind at all. You need a person to look at the animated figures for that.

It is this capability that enables Doppler radar users to identify rotating areas and twisters. As well as mesocyclone signatures giving the possibility of vortex tornadoes.

As with any radar, the Doppler radar weather receiver picks up a tiny fraction of the transmitted power. Energy in the form of shock waves of information which go out and then return. But this time it notices a small phase shift.

If all the countless little bits of information are plotted on a graph called an electromagnetic spectrum chart, we get a curve. This distribution curve can show the perceived velocity and turbulence. But the ambiguity naturally increases with range, or distance from the radar

A computer program may be used to skip the graph and colour-code the output for atmosphere diagrams instead. A table of colors, called a Velocity-Azimuth Display (VAD) appears on the right side of the example below. It helps the user interpret these values and the images. Like this:

Usually the detection equipment in a Doppler radar set-up has a smaller range than other radar stations.

That is because a lower pulse frequency (and greater range) would limit the range of distinct velocities, the Nyquist interval, too much to be useful.

You would often use Doppler Radar weather detection equipment to observe higher wind speeds than ordinary radar can handle. There is a lot of math involved here.

What is the data used for? Horizontal wind, usually. That's what we're mainly concerned with, but the radar can be configured for analysis of vertical winds as well.

The wind blows faster at higher atmosphere levels, so a display that shows various altitudes will reveal this fact. Also if there is nothing dense to reflect the signal, such as rain, we collect no wind or cloud information from the radar.

...to make sense of the whole picture.

After learning to read a wind field, we then figure out how to pinpoint Doppler radar anomalies and identify deviations from a uniform wind. We also find convection examples such as

...embedded in a constant flow.

It even gets better when these effects are combined and occur at a remote distance. Doppler radar weather meteorologists and technicians require intense training to make accurate interpretations of their imagery. 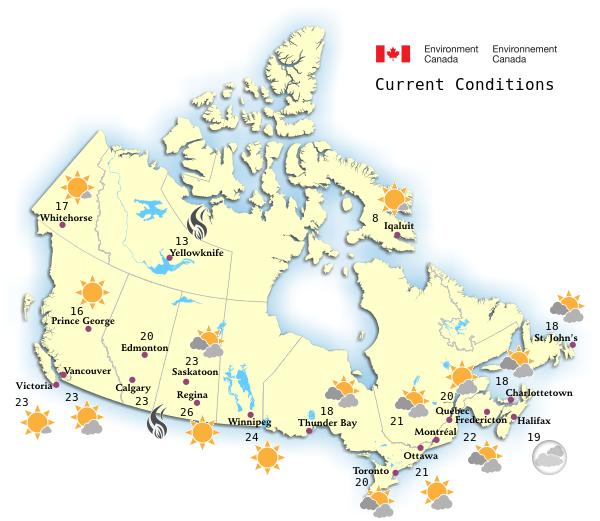 Europe (Centred on Spain; you can pan to adjacent countries)

When we see weather pictures on Doppler radar, we see air information not found elsewhere.

How does it work?