Major cause of global warming 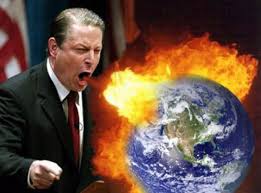 The great debate over the cause of global warming continues, regardless of who says otherwise.  The two sides over the issue of whether or not we have a rectifiable problem surrounding global warming has receive a title of its own:  The Global Warming Controversy.

It seems to have three parts:  whether or not it even exists, how it has come about & how it will change the world and what we can do to handle the situation.  Some credible sources suggest that ongoing debates take place more in political and economic arenas rather than scientific ones, and that a few basic premises are now settled.

Nobody can deny, for instance, that surface-based temperature observations have shown an increase over the last hundred years or so.  The three-quarter-degree Celsius (1.4 °F) increase since about 1900 is more significant than it sounds.

Why? Many reporters assert that the so-called greenhouse effect traps heat and a single component, carbon dioxide, gets most of the blame. The argument global-warming-activists use is backed by some solid physical theory.  This includes effects ranging from sunspot cycles to Milankovitch Cycles.

No doubt about it, the greenhouse effect does work. It keeps us comfortable, day and night. And certain gases in the troposphere can enhance that effect.

A cause of global warming related stress:

The GOVERNMENT - Help is on its way.  Ever Heard of Calvin Consulting?  This firm determines Greenhouse Gas Emission Data for industrial facilities like yours and submits the information in accordance with government requirements.  Give us a call.

These gases include carbon dioxide (CO2), methane, nitrous oxide and, most importantly, water vapour.  Why water vapor?  Because we have so much of it. It has served as the leading cause of global warming since the dawn of time.

No, that's not quite right. The sun is our only cause of global warming, go figure. Nearly all of the earth's energy comes from it.

If something were to block the sun's rays from reaching our planet, we certainly detect the difference. Ok, what blocks us from the sun?

That condition where our planet blocks sunlight from reaching us…what do we call it? Oh yeah, night. It's cooler outside then too.

On a more serious note, what about the global warming increase we've seen recently? This is the subject of the greatest debate in recent decades. The most popular notion says that temperature increases have occurred after an increase in CO2 concentrations.

In An Inconvenient Truth, Al Gore even points out that that the two measured variables have increased and decreased in approximate proportion to each other at approximately the same times. There is little dispute over those records (other than which came first each time). We know that CO2 is now seen in levels of over 400 parts per million for the first time in a long time…like since these measurements began at the top of Mauna Loa in 1958 and presumably well before then.

Another plausible cause of global warming

Some challengers to the most popular global warming theory have stated that changes in the energy output from the sun itself lead to changes in our global temperatures and conditions. There could be some sense to this statement as well.

Some have even gone far enough to say that stronger rays emanating from sunspots deflect cosmic rays from the depths of the universe. The solar rays prevent the extra-solar rays from striking our air and leading to increased formation of clouds. As we know, decreased cloud cover means there would be less stuff blocking incoming solar radiation.  As we progress further in to this relatively-weak Sunspot Cycle #25, we will have a better idea.

So this argument describes one mechanism by which increased sunspot activity results in increased earth-surface temperatures.

It's unconfirmed. But it warrants greater detail and more current meteorology research and pattern matching.  For example, take a look at this question on the right, posed by NASA.

That's one pool of thought. The Great Global Warming Swindle sums it up and suggests that this cycle in incoming energy drives the temperature changes which in turn dictate the CO2 concentrations afterwards.

As much as 800 years afterwards. Oceans act as a CO2 storehouse and they work better for storage when the water temperature is colder. Therefore warming causes seawater to release dissolved CO2.  According to THIS theory.

Another interesting documentary, Scam of The Great Global Warming Swindle puts forth yet another reason for global warming. Yes CO2 and temperature correlate quite well, with the lag considered. Yet we cannot put a finger on the causation from the data alone. It goes on to suggest that Milankovitch cycles causes changes in both temperatures and carbon-dioxide levels.

This collection of documentaries also reminds us that things can affect each other simultaneously to some degree. This results in a multi-loop feedback. One thing changes the other slightly, those changes affect the first once again, then the new changes have their influence on the second and so on. It's like a tennis match of sorts.  Like a multi-layer Fourier transform boundary value problem, it might take several ripples for a balance to evolve.

Can you think of any other cause of global warming?  Please elaborate.

Lack of care for our neighbors' well-being = Global Warming

Though the good title is broad, it comes from my personal experience of picking up litter at public parks in a very affluent town in the Midwest. Many …

dont look at it

I think giving solutions is boring; everyone can do it. But very few can perform task they have told so i have a suggestion which I also perform That …

Exact numbers are impossible because of the sheer size we have to deal with. But, if you multiply the 10,000 btu's the human body produces each day by …

The earth spins on an axis while on it's annual orbit around the sun in a position relatively perpendicular to the sun. But, not quite in a perpendicular …

I think this is a very interesting story. I feel that you have the right idea. It makes sense that the energy output from the sun would cause changes to …

Everything is going wrong

we are causing the global warming, and it is destroying us. Slowly the summer will become winter, and vice-versa.. everything is going wrong! Barry's …

lets be a little more primitive Not rated yet
if we look back we can see when the world was still in my great great grandparents age it was cool..... now with the advent of technology everything is …

the sun Not rated yet
the sun is the main cause of global warming because every 100 years the sun moves closer to the earth heating up our atmosphere even more and in 5,000,000,000 …

Levi Mays Story about little boys Not rated yet
Global Warming is not going to on Barry's Response - Don't know about his story, but here is a brief recap of how this thing came into being: It …

paradox Not rated yet
new evidence has emerged that planets farther from the sun than earth have ice melting..probably martains have been using cars more than before. Barry's …

A few things may act to cause global warming.