What is the Gaia Hypothesis?

Have you noticed the Gaia Hypothesis before? It can be seen by the average standerby that the natural systems on the planet are somewhat related.

We can see the rain fall into a stream and carry out to the sea for instance and, in turn, we have basic knowledge of all things that feed or live off of the oceans. Consider this basic fact on a much larger scale and you are moving towards the Gaia Theory.

Dr. James Lovelock developed the Gaia Theory, or the Gaia Hypothesis if you prefer. When he was young he became interested in astronomy, chemistry and astrophysics that would later fuel his thirst for knowledge about the planetary bodies and our own planet. Sometime after inventing the electron capture detector, which became responsible for the findings of DDTs and CFCs in organic matter, he would go to work for NASA. Here he would help develop ways of finding out if life existed on Mars. 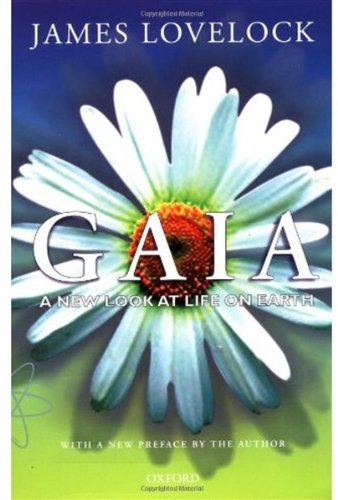 While going about the best way to find said life, he turned to our own planet Earth as a baseline. Lovelock would come to envision that the Earth is one huge system, perhaps a macroorganism, wherein every living organism is held responsible for regulating the temperature and other conditions of the planet and to retain a constant planetary and atmospheric composition so that we have a certain stability on the planet where we can all flourish.

This basis in Lovelocks theory has brought about debatable topics to include what exactly the role of oceanic algae is and how its dimethyl sulfide emissions control our climate. Also experimented and researched upon was how carbon dioxide passing from certain ecosystems into soil has a tendency to increase weathering.

Biologists, geologists and geochemists may sometimes frown upon Gaia. A point taken: if the Earth is a living system then why do neither climate nor chemical composition contain a physiology?

Examples of the Gaia Hypothesis

For instance if you were to simply land on the Red Planet and take some soil samples here and there, would that give you a true indication of what life may or may not have lived there? Certainly not.

Lovelock proposed taking samples of the chemical composition of the atmosphere to determine a chemical equilibrium instead. Living organisms would use the planet's air as raw material and would also excrete back into it. Therefore if a planet were lifeless, the chemicals within the atmosphere would be in a balanced state with a higher concentration of carbon dioxide. If a planet contains life, then the air will contain a flux of materials and with a mere trace of carbon dioxide.

Earth's atmosphere also contains a large amount of water, nitrogen, oxygen and methane, which can only be contained within the air that life breathes. Years before the Viking Landers reached Mars; Lovelock had determined that it was a lifeless place.

Our atmosphere's chemical makeup displays what we can see ourselves: the air is steady and constant as is much of our planet. As the old adage goes: the only thing constant is change. There is not a millisecond that goes by where something isn't happening. The climate, according to the Hypothesis, is "actively regulated" Lovelock found. His statement in the Gaia Hypothesis is as follows: "The whole system of life and its material environment is self-regulating at a state comfortable for the organisms."

Illustrations of the Gaia Hypothesis can be discussed on these material levels. The Gaia effect on oxygen dictates to us that it will always remain at a level that is comfortable for all of us oxygen-breathing animals. The surface temperature of Earth is life regulating as well. For well over three billion years the mean temperature has been ranging from 10-20ºC, which is also the time the sun has increased its power by 30-40 percent. The stabilized temperature is a direct result of carbon dioxide. When the atmosphere can no longer stave off solar radiation the carbon dioxide content is in decline throughout time.

Also related to temperature is dimethyl sulphide. Phytoplankton may be controlling this chemical since that is what they excrete. This in turn is released into the atmosphere as it turns into droplets of sulfuric acid that in turn produces cloud condensation to help block more of the sun, allowing the earth's oceans to cool down. Natural weathering releases salts in the oceanic waterway sometimes too fast for life's adaptation skills. For millions of years however the salinity has remained at a constant 10% saturation. Salt flats may move the salt away from the oceans.

Comments on global warming - a short series Not rated yet
Think of Earth as a complete organism, with several interconnected systems. It is getting a fever and James Lovelock said that by the year 2100 people …

The bottom line of the Gaia Hypothesis in relationship to the air we breathe goes like this, in plain layman's terms, the air contains what we need to breathe and survive. If we are to damage the equilibrium in any harsh matter then life will evolve into something else as it adapts to the changes. We feed upon each other: people to plants to animals to water to air in one life cycle. Unbalance it and we may become less abundant.

Go back from The Gaia Hypothesis to the Global Warming Unavoidable web page, or visit the Stuff in the Air homepage.