The first of possible solutions for global warming confusion would be enlightenment. 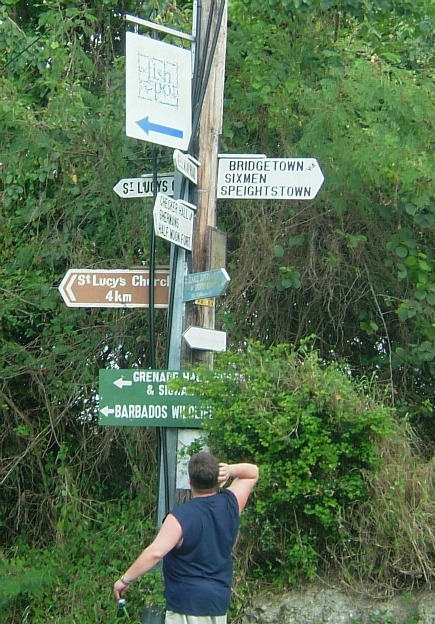 A Confusing Situation - Global warming education. Bringing real knowledge revealed by science to the people rather than making simple, vague "campaigns" bearing titles such as "stop global warming" or something equally innocuous.

Or even filming the Blue Man Group banging their heads against the cubicle walls for visual effect. What does that tell us? Not much. If people are to be empowered, they are to be informed.

"End Of The World
Global warming is happening and it is getting worser each and everyday. This is something to be aware of. Please help stop global warming - Thanks. " ~Brittany, from Gaffney

What was Al Gore's greatest accomplishment with An Inconvenient Truth? Raising awareness. Maybe he did not get all the scientific data correct and presented accurately. Maybe he did.

Maybe the endless comparisons to Chicken Little are deeply warranted. Maybe his own energy use, for which people seem to like to dish out the most acidic of criticism, serves to exemplify a lifestyle we as individuals can seek to change for ourselves.

That might be to try and stop global warming and maybe for other reasons. What we now know is that because of AIT, Americans are now facing issues Canadians and Europeans have been grappling with for decades. Good for them. It's a step in the right direction.

So, what do we do now? There is plenty of argument and uncertainty surrounding the whole thing, even if those who claim to have total consensus say otherwise.

There is no such thing as complete consensus, for starters, and even if even that were to occur, an agreement is still not equal to fact, people seem to forget. There may have been a time when every person who cared believed the earth was flat. So?

B S created by Al Gore

All that this is, is Al Gore claiming that a process that has happened over Billions of years is a global issue. The Earth always gets hotter and colder. …

WE ARE THE CHANGE!!!

I think that was a great article!!! Hi, I'm 13, by the way. I'm in the Energy and Environment Club in my school and they're teaching us that there's actually …

Hello , I'm thirteen and I recognize that I am part of the future. Adults will most likely be gone before the major effects of global warming finally set …

Result of human deeds...."As u sow so shall u reap"

Heyyyyyy frends! See global warming is a issue that everybody knows today. So instead of saying or blaming each other we should try to find the root …

could it be possible? earth close to sun!

It's being hot for the past few years and we are asking so many question why, and how these things happen. I have never seen, already, the perfect fluffy …

I think we all know that Global Warming is real, even if we choose not to admit it. Mankind has gotten into a state of "What's in it for me". Many …

Science bits for your pleasure Not rated yet
Here's the facts, scientists HAD proved that we were contributing to Global Warming, but the problem is that their information was proven to be fake. They …

greenhouse effect Not rated yet
Depending on our choices, scientists have predicted that the earth could eventually warm up to as little as 2.5 degrees Fahrenheit or maybe even rise to …

global Warming and its basics Not rated yet
There is no such thing as global warming, plain and simple. Al Gore just needed some scam to get rich from and boy did he pick a good one! Just because …

practical global warming experiment Not rated yet
okay so umm....I have a science assignment due on Global Warming that has to be experimental and so I've looked at this and other websites as well but …

Paint it White to be Green!  Not rated yet
If the color white reflects the suns rays, why don't we have white roofs and driveways? Maybe not so much in the northern hemisphere (the black shingles …

It's getting hot in here Not rated yet
I seriously do not understand those who claim global warming doesn't exist. There are a plethora of facts, studies, and data available proving that global …

The Two BIg E's Not rated yet
The Two Big E's have converged in a way that should be mutually beneficial. Those E's of course are the Environment (E1) and the Economy (E2). Now that …

An Inconvenient Truth Not rated yet
It was a good article. I am fully agree to this. But as said earlier everything is not included in it & even can't be. There are some more …

Global Warming, not just a story anymore Not rated yet
I do agree that global warming has become a big problem the past years, even decades. The US government still refuses to admit to any sort of problem. …

The Ignorance of "Experts" Not rated yet
The overwhelming majority of those screaming the loudest about Global Warming, would not know nature if it bit them on the butt. People sit in their air-conditioned …

Someone called finding solutions for global warming the defining cause of our age. That's pretty heavy. We seem compelled to assume we have to stop this thing, or that we even can.

Overall, in terms of the planet's history before we knew it, it seems like global warming is not really such a bad thing after all. Great advances in species diversification occurred during the world's warmest periods, much warmer than now.

The question remains whether there are any real solutions for global warming anyway. The earth's environment is constantly changing and maybe it's ridiculous for us to even think we can prevent it. 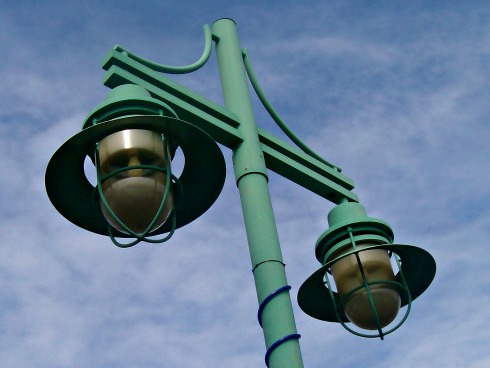 The first solutions for global warming, as Gore, the Kyoto Protocol and David Suzuki would have us do is to try to put a halt to the increase in worldly temperatures and the changes in associated weather patterns. How? By reducing our emissions of carbon dioxide and other greenhouse gases such as methane and nitrous oxide.

Classical climate change theory suggests that this is the most sensible set of changes we can make. Turn off lights when not in use, drive and fly less when making such a choice is practical.

That means we might get a bit more exercise and perhaps a few other spin-off benefits, so that's good. Just get rid of stupid waste.

By the way, what happens when carbon-based fuels run out? Guess that's it for carbon emissions. More possible air pollutants reduce type of solutions for global warming: make use of increased solar and wind power. Not hydro, though. Wouldn't want any more wetlands, or places to store fresh water.

What about nuclear? Everybody seems afraid to touch that one, even if it may turn out to be one of the best solutions for global warming. 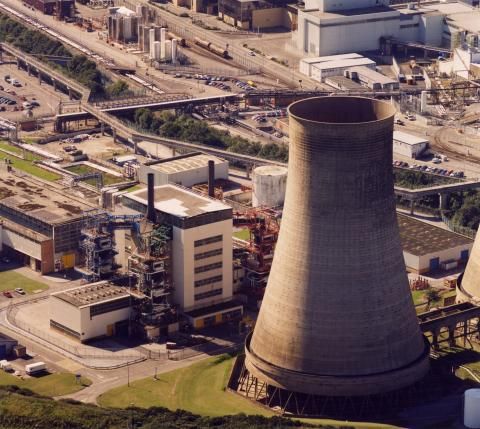 Uranium City, Saskatchewan may be our saving grace. This once thriving community saw decimation after Three Mile Island and Chernobyl convinced the public that nuclear energy had no practical potential Think we might have learned something from those experiences?

Its remaining citizens might like to see a little action once again. The community's name serves as notice to anyone who enters.

Why not build the power plant right there, far away from the rest of civilization and distribute the energy continent-, or even world-, wide. And what do you do with the nuclear storage waste? Right back into the mines where it came from.

For a more in-depth discussion of the use of nuclear power, check this group of webpages.

Blocking incoming energy forms a second set of solutions for global warming. The IPCC (Intergovernmental Panel on Climate Change) went so far as to suggest erecting what amounts to a glorified beach umbrella to reduce the planet's incoming energy and the resultant temperature changes.

Not here, I hope. They go even further to say adding sulphur to the atmosphere like an artificial volcano could provide the abatement we're looking for. Why not just wait for a real one. It's bound to happen.

The third major group of solutions for global warming doomsayers makes the most sense in many ways. We adapt.

We've done it before, in the face of war, disease and famine, and it looks like it might work this time too. We have the technology to provide the water and energy masses will continue to need.

We have the internet and teleconferencing and therefore less need to travel as much as before. We may even be able to use dry land that is currently too close to the poles.

New properties will more than make up for those lost to flooding, if any.

And in the end…

One person interviewed on The Great Global warming Swindle said, "poverty is the environment's worst enemy". What could THAT mean?

For one thing, it's consistent with Maslow's Hierarchy of needs. In the majority of folks, more basic things such as physiological survival naturally take precedence over higher concerns including esteem and actualization.

How can you expect those barely living to concern themselves with the glaciers 30 years from now? With the entire world enjoying some half-decent basic standard of living, we can have some hope that all the world can pull in the same direction.

On a lighter note, here's a solution I'll bet nobody thought of before: