How close is the relationship between global warming and rainforests? 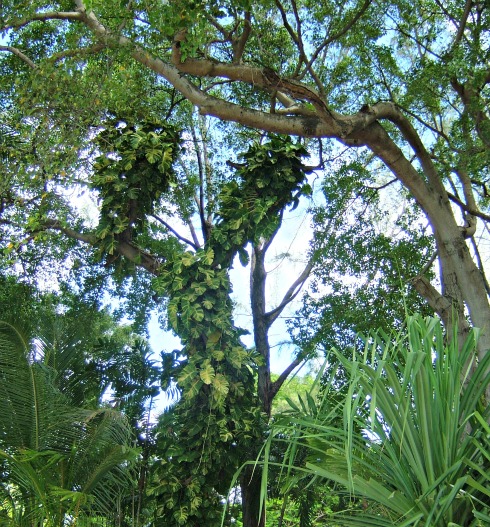 If you have global warming and rainforests, how are they connected and what is the relationship between them?

They are related in more ways than we can immediately imagine. It often appears Global warming is a man-made climate phenomenon and we frequently describe it as a very serious environmental issue. What do people observe to lead them to these conclusions?

Can it be all bad, or might some good come from climate change as well?  Some people say the environmental effects can enhance growth, and even more of us express concern about a decrease in planetary forest cover.  We shall have to wait and see before we can know for sure.

Global warming effects, particularly ones altering rainforest ecosystems, range far and wide. For example, the lack of sufficient amounts of rainfall, widely attributed to global warming, may lead to the loss of forest cover because tropical rainforests need lots of moisture to thrive.  We know deforestation and other things affect precipitation amounts too, but we address global warming here.

Moreover, higher temperatures cause the plants' rates of photosynthesis to decline.

I Love a rainy Night.

This will stunt plant growth and reduce the rainforests' capacity to sequester carbon dioxide from the atmosphere.

As has been well documented, carbon dioxide is the most obvious agent of global warming and its removal from the atmosphere helps keep the temperature stable.

Additionally, climate warming has an negative impact on the welfare of rainforest animals. How so? Warming has already been linked to the extinction of some tropical species, and scientists predict the trend to put many more plant and animal species at risk of complete disappearance by the end of the 21st century.

What about the forest itself?

What is another way for global warming and rainforests to affect each other? 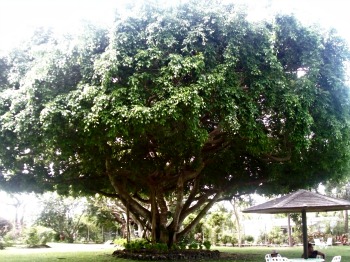 Ironically, tropical rainforests do not simply suffer from global warming, they may also contribute to it.

Yes, you've read that correctly. Where did that ridiculous notion come from? How is it possible for these forests to INCREASE global warming? Rainforests become unwilling contributors to global warming during the process of deforestation, when large amounts of carbon dioxide escape from freshly cut decomposing or burnt trees back into the atmosphere. In varying degrees, these processes contribute CO2, methane and nitrous oxide (N2O, laughing gas) into the air, all well-known greenhouse gases.

So this makes deforestation one of the major ongoing global warming causes. Furthermore, live trees release a substantial amount of water vapour into the atmosphere, and this moisture contributes greatly to the greenhouse effect associated with global warming. Whether we will be able to bring the problem of global warming under control or not will determine the future of our planet in one way or another and rainforests in particular.

One of the ways to succeed here is by green investing and encouraging intelligent use of emissions credits and the revenue they generate.  There are many other simple steps each of us can take to improve the state of our environment.

Global warming and rain forests: how do they affect each other?

What is the impact of higher air temperatures on the forests?

Do they contribute to global warming? Learn more here.