Every day we see headlines about climate crisis and globle warming.

It's actually spelled global warming. You may wonder what it's all about. Hopefully the list of short articles below will give you some useful insight.

It's quite important. Weather observations and other evidence have shown that the air close to the earth's surface has warmed up significantly over the last several decades. What evidence do we have?

Fact #1, melting glaciers: The earth has gotten warmer. We've seen ice caps and glaciers melt and shrink during our time on earth. And it shall continue.

Presenters such as Al Gore show us that Globle warming has resulted in climate changes. And they have lead to the disappearance of this ice.

Fact #2, watching the sea level rise: A side effect of that great melt is the global warming sea levels. They could rise many feet and flood out our low lands. However, they may not; there are many things to consider. Oceans are more complicated than what meets the eye.

If you look at potential changes in the salt content, it becomes that much more complicated.

Fact #3, climate change is not new: Eons, Eras, Periods and Epochs, climate information and history. These things all divide time into meaningful segments, as far as the earth's history goes.

On the link above, you will see a graph of climate change - over the last 540 million years or so. It shows the varying temperatures over this time-frame and acknowledges the ice ages near the end. Our recent global warming has put the blue line to just-a-hair above the overall average.

A recurring question is how did the climate of the world change over time? Are we warmer than ever? Colder? This video shows the world-wide changes at 100 years per minute.

Fact #4, we are always in balance: When was the globe not warming? When the climate was stable (some argue THAT never happens) the amount of heat entering the earth-atmosphere system would be equal to that which leaves.

Scientists call this a state of equilibrium, or a balanced energy budget. During these periods, there is little overall temperature change when observations from the entire planet are averaged.

Fact #5, regional effects often outweigh global ones: What causes places in North America, for instance, to have large variations in climate?

We can see huge differences in the amount of moisture received over relatively short distances of 100 miles or less. The same principles apply to places all over the world. Find out about how we compare deserts with the aridity index. Can global warming increase the amounts of droughts and deserts on our planet? 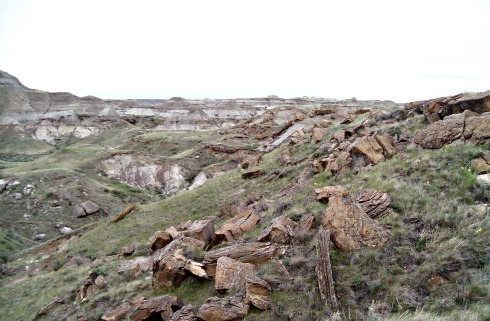 A case study might be a good way of examining the effects of global warming. One of the areas likely to be greatly affected is Canada. Have a look at the climate zones in Canada which have existed in our lifetimes and, as future data comes in, see how these climate regimes change. Do they all move northward, for instance?

Fact #6, mankind may have an influence: What is the leading cause of global warming? Many would immediately say carbon dioxide. Here is an article that examines it in more detail. While carbon dioxide and air pollution contribute to the situation, we should consider other things as well. And get more of the whole story.

In this day and age, it seems you cannot talk about global warming without mentioning An Inconvenient Truth. And with good reason too. Al Gore and his film have served to bring this issue even closer to the forefront of our minds than before.

Global wrming has been a rising concern for decades, as Gore's environmental pollution graphs and data shows. And there has been a great deal of contention over it, as film critics proliferate.

If you are interested in how human beings and industry have had any effect on climates of the world, An Inconvenient Truth explores that in great detail. Recommended!

Fact #7, nobody has all the answers: The great mystery of modern times: How is global warming caused? The answer is, many things contribute to it. The list of most well known possible causes of global warming starts with the green house effect and changes in solar radiation.

Their effects on weather can enhance global warmin even further. What else causes globle warming? It's worth the research.

Go watch a film entitled The Great Global Warming Swindle for even more. The additional perspective is illuminating.

Fact #8, Globle warming is still unsolved: Still, one may insist that we need immediate global warming solutions. Are we stricken with unjustified panic?

Will we get along just fine regardless of the outcome? Will we even be better off after warming takes place. These are all possible situations. The answers have yet to come.

Any other globle warming questions? Here is a list of true facts about global warming to help you to make your own decisions.


Go back from Globle Warming to the Solution Global Warming page. Or visit the air homepage. Publish your own thoughts right here!

Going green will not save the planet.It might prolong human civilization. THE PLANET IS GOD!!! The planet will destroy us before we can destroy it. Its …

Some scientists think that global warming will be disastrous for the world. For example, melting ice caps will cause sea levels to rise and millions of …

You're a fucking idiot. Globle? You shit for brains libs are all alike. Get your head out of your ass and learn how to spell you fuckwit. Barry's Response …