Waves on the world map latitude longitude and weather 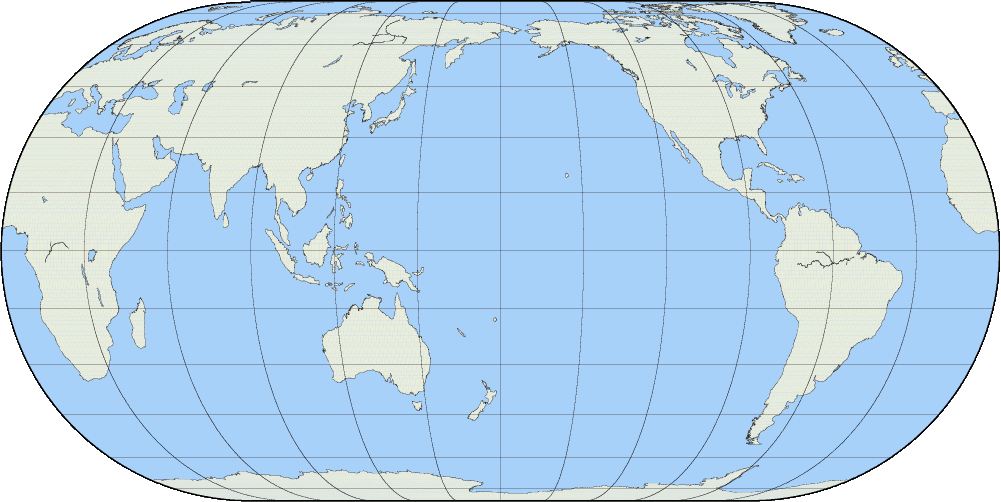 See this world map latitude longitude lines, oceans, continents and poles? It's called the Eckert IV projection, where the horizontal lines at the top and bottom are half as long as the one representing the equator.

You can use a right click and then view image to get a larger version of the map.

How do we use such a large scale map in weather forecasting? Key graphics such as waves appear in a seemingly chaotic fashion. What are these waves?

Entire books have been written about wave theory, both in meteorology, other branches of physics and even diverse topics such as stock-market trading. A complex pattern of waves appears on your typical upper-level atmospheric map and if it can be shown in a single image clarity is improved by the ability to see the big picture.

Click on the map above to see a sample weather map with large waves on it, then use your back button come back here and continue reading.  We first examine the broad waves – huge up and down patterns spanning a distance up to half way around the globe and reaching 30 or more degrees latitude up and down.  Recall that latitudes span zero to 90 degrees north and south and, for longitudes, zero to 180 degrees east and west respectively.

A variable called Wave number identifies the number of huge main waves on each hemisphere.  You will usually see three or four, but it can vary from 2 to 5. 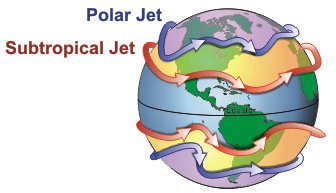 Large features like oceans and mountains induce these Rossby, or planetary, waves in the atmosphere and the waves blanket higher temperature regions and shelter them from colder air masses.  This is where we see our large-scale upper ridges and troughs, called Rossby Air Waves...like the ones in this simplified jet-stream example on the right.

These waves can sometimes be hard to identify and may require animated maps from several sequential time frames to get a better idea of their locations.  However, long waves do not move very fast through their world map latitude longitude ranges, and normally travel left to right when they do move.

What is a short wave?

No more than about half as long as a long wave.

Short waves move more quickly, though. They travel eastward up and down the long wave and show up as a moving bump on the larger wave.  This is where meteorologists label most of our upper troughs and ridges, and these waves correspond roughly with synoptic systems.

We also find that these ones are tied to maximum and minimum values in vorticity, with our troughs associated with higher vorticity and ridges with minimum vorticity.   In this way, we use a short-wave trough to indicate an axis of maximum vorticity.

So what?  This explanation ties in with weather in this fashion: air rises and clouds form ahead of a trough, while it descends and clouds dissipate in front of a ridge.

In fact, vertical motion is responsible for the co-relation of vorticity with cloud generation.  Also, these relations assist analysts and forecasters in finding world map latitude longitude – that is troughs and ridges - by comparing map imagery with a satellite photo.  This is especially useful when there is little surface-based data to use, such as over the oceans.