Search for more about the atmosphere.


Global warming carbon dioxide can cause us many concerns. This has been a hot issue, so to speak. 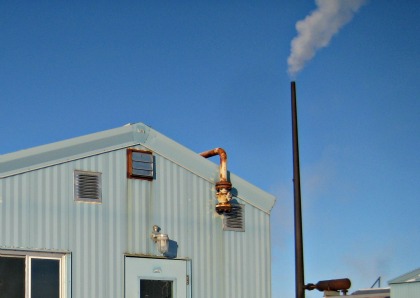 It starts with the well-established theory that the earth is gently kept warm by the mix of gases in the atmosphere. They not only hold sensible heat, that which you feel, but retard the penetration of long-wave radition from the earth out into space.

The global warming carbon dioxide scare exists because carbon dioxide has been identified as one of these so-called greenhouse gasses. That's where the atmosphere keeps heat near us in a fashion similar to the glass covering in a green house, while allowing sunlight to enter.

The climate change effects of carbon dioxide are real. We also have some control over it, therefore it has become an important commercial, political and, as Al Gore says, a moral controversy.

How does it work? CO2 has been shown to block a few certain wavelengths of the earth's outgoing radiation trying to escape from our environment. The higher the CO2 concentrations in the atmosphere, the more effective this covering should become. 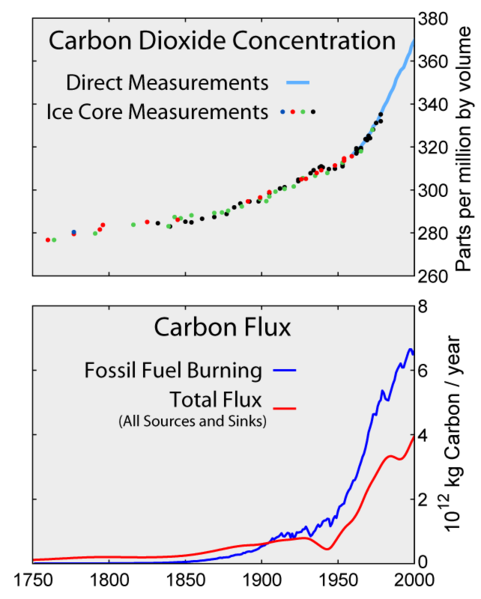 This has the potential to cause the earth to become a little warmer in order to naturally emit infra red radiation at a slightly lower wavelength instead. This new radiation will get through the global warming carbon dioxide blanket.

The result of all this has been attempts to convince the people who are in charge of global warming carbon dioxide emissions to find ways to reduce the carbon dioxide levels in their activities.

Why? To slow global warming down. Many of the world's largest economic interests depend on processes that release CO2. Such as those found in the oil industry. So it has been a tough and contentious sell.

Some opposition has come from within the scientific community. Other scientists have pointed out a few things which complicate matters a bit.

One is that CO2 is not the most important greenhouse gas anyway. First place goes to water vapour. It is far more abundant and effective at enhancing the greenhouse effect.

The second thing they put forth is that the carbon dioxide gas produced by mankind pales by comparison to the amount of CO2 emissions that take place in nature. Through things such as volcanoes, decomposition and such.

Natural carbon sequesteration (removal) outweighs man-made emissions, even. It might be a good idea to check FriendsofScience.org for a few more ideas.

Here's what else they say.

CO2 is absolutely insignificant in the climate on Earth

Yes, I am afraid you have it wrong. The historical data show that CO2 and temperatures on the Earth's surface are independent. This data is what actually …

The really cold period of the most recent ice age started about 75 kyrs 75,000 years ago when the Earth's eccentricity was approaching the maximum, …

Measure earth temperature from the moon

If the global warming argument is correct you would expect to see a reduction in earth's temperature as measured from a station positioned on the moon. …

Global warming has become a major concern for the world today. The green house effect is the talk of the world now as every body is concerned by the increase …

www.informatron.biz Not rated yet
There are cycles within the Sun of which some are related to Jupiter's cycle and others are related to the Sun's orbit around the center of mass of …

What a pile of sh t Not rated yet
CO2 is not a pollutant, it is food for plants. Every commercial greenhouse has CO2 generators to bring the level up over 1000 PPM. This allows the plants …

It's all about money, and that's the truth! Not rated yet
"greenhouse gases" in the air (mainly carbon dioxide) are what cause global warming. The greenhouse effect is not a good thing, it keeps heat in the …

Global economics and global warming Not rated yet
With the competitive global marketplace set up the way it is, there has to be a united effort from major economic powers of the world to control the global …

There is Only One Option Whether the Evidence is Right or Wrong Not rated yet
Global warming is something that everyone should be concerned about. Regardless of whether a person believes in global warming or does not, a person should …

The things Al Gore suggests in An Inconvenient Truth are good things to put into action. Things such as:

Why are they good?

Just don't count on it.

Conserving can't hurt at the very least. Go back from Global Warming Carbon Dioxide to the Air Quality Testers page.